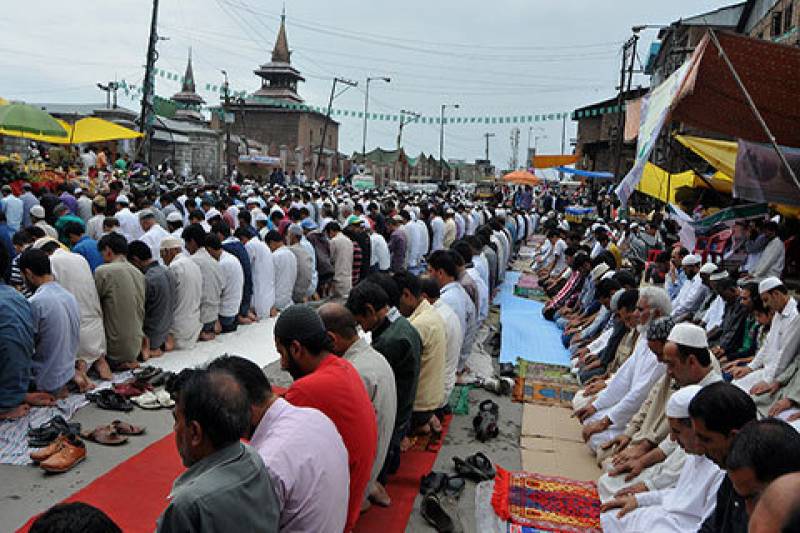 Kashmir is the most recognized name in South Asia, and one of the top five in the world.

Kashmir, like Pakistan is known for one wrong reason– as the key excuse of Indo-Pak enmity. But, like India, it is also known for many delightful reasons,which make it a household name.

From geography, to beauty of its valleys and people, its various foods, and very expensive shawls which people like to touch more, and wear less. And, above all, theKashmiri Chai.

That pink tea of a beauty takes ages to cook, and minutes to finish - just likePakistan took years to build Kashmir case, and as soon as Trump said he’d mediate, India gulped it down overnight.

Soon after India’s partition, Kashmir attained a rock star status in global flashpoints, which it sustained vehemently in the last seven decades.

Pakistan Army fought about half dozen wars over Kashmir - half with India, and half with its civilian governments who showed even a vague inclination of liking India or letting Kashmir slip lower than number one on the list of discords between India and Pakistan.

I feel we parted ways with India in 1947 not to provide safe home to Muslims, but to fight with India over the beautiful valley of Kashmir.

Unfortunately, Indian state treated Kashmir like that expensive shawl which was out there to be touched and felt– but not to be worn even by Kashmiris.

Kashmir gave Pakistan many reasons to be proud:but the two that outshine all other gifts are PakistanArmy, and MianNawaz Sharif.

If there were no Kashmir, as a key conflict with India, Pakistani Army may perhaps be like Sri Lankan Army, or at best, Myanmar Army. Can you imagine that!

So let us thank Kashmir (and India too) for helping Pakistan build the best Army in the world.

About the other Kashmiri gift, if you like to give half the credit to Pakistan Army, I grudgingly may concede.

Now that India has forcibly robbed Kashmir of its special status, I see a potential chain reaction of critical threats.

If Pakistan Army did not act, and react the way 200 million Pakistanishope and expect, Kashmir will lose its rock star status among the global flashpoints.

If that were to stop at that, and it was the only threat with no chain reactionI won’t be anxious.

My deep dread is, along with that fall would come mother of all – and absolutely unacceptable collateral – falls: Pakistan Army would not remain the best Army in the world.

I believe US is behind this imminent fall, for Pentagon wanted US Army to be the best; hence, therefore, thus, you see who to blame.

But, all is not lost, and there is still hope to rectify, reverse and correct the course.

First and foremost, I have full trust in the ability, agility and strategy of Pakistan Army.

I believe it did not become the best institution of the country for nothing, and its being the best is not mere a camouflage.

So wait for dextrous move, as all options are open: from surgical strike to strategic retreat. And, whatever Army will do will be a surprise for India.

Two, as Muslims we believe God is with us, and we know that when (infidel) man (read Modi) proposes, God disposes. So, let us invoke the power of prayer, and dedicate our Eid sacrifices to Kashmir, and call it Kashmiri Eid.

India doesn’t know what it has done, and what is going to hit it.

This top secret ‘surprise’ strike is not likely to be leaked as even we don’t know what is coming.

Let us enjoy Eid, and after huge feast of meat, raise a toast of Kashmiri Chai and curse India.