Open Letter to the Chief Justice of Indian Supreme Court 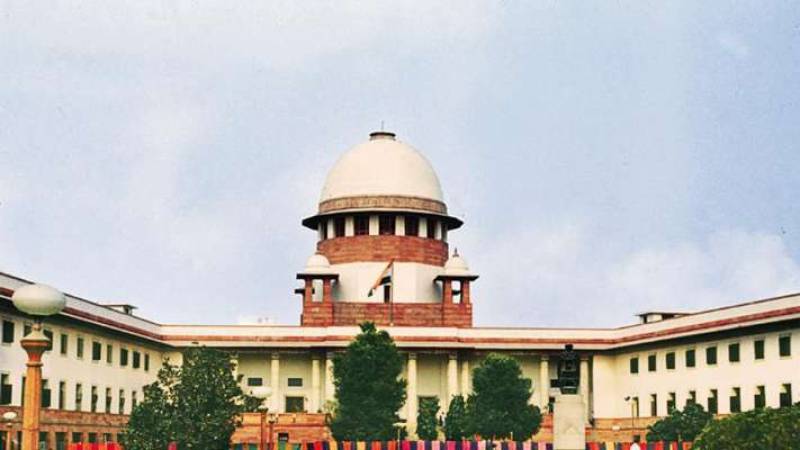 I am writing to you in the capacity of a global citizen who believes in the unequivocal rights as well as the responsibility of the people being members of this one world we all share at this junction of time. Being a Judge holding the banner of justice, I am sure that you will not concentrate on my nationality or put any political, religious or ethnic label on me, as it might make you biased before you read what I wish to convey dispassionately. I wish your lordship to concentrate only on the verse of Taittiriya Upanishad “Sraddhaya deyam, asraddhayaa adeyam, sriya deyam, hriya deyam, bhiya deyam, samvida deyam” meaning help others with care and respect, give with sympathy, give plenty and give till it hurts you, give with modesty and humility and give with full understanding and knowledge of the recipient’s needs. Today, by virtue of your position you can give and contribute to this world and humanity. For me, humanity transcends one’s identity and the geographical location and thus I am addressing this letter to you with the same spirit and belief.

The land of India has been a representation of diverse cultures and civilizations where teachings of Hinduism, the oldest known religion professed compassion, peace and happiness for thousands of years. Hindu scriptures reflect a deep commitment to justice, both as a social reality and as a cosmic principle while the judicial system has always seen it as a mean to protect the weak from the strong and unjust.

As I write to you, the siege of Jammu and Kashmir continues for the ninth consecutive day, human rights literally remain suspended, all rations and necessities including milk powder for children is short, schools even hospitals are shut closed, continuous curfew has converted Kashmir literally into a prison while journalists and other media personnel are barred from their practice amid the unprecedented lockdown.

Let me quote the preamble of constitution of India which states that “The people of India, having solemnly resolved to constitute India into a SOVEREIGN, SOCIALIST, SECULAR, DEMOCRATIC REPUBLIC and to secure to all its citizens: justice, social, economic and political; liberty of thought, expression, belief, faith and worship; equality of status and of opportunity; and to promote among them all fraternity assuring the dignity of the individual and the unity and integrity of the Nation”. While one reads through this paragraph anyone can rightly feel that India, the very land of pluralism, could not stand by its promise made in the constitution of the country when it comes to ethnicities, religions and above all rights. Do not mind my words when I say that India has become a place where a state with a dominant majority religion seeks to put its minorities in a subordinate place and claim the country for Hindus only.

While Supreme Court of India believes that “Majoritarian views and popular morality cannot dictate constitutional rights”, yet the egregious, anachronistic, illiberal, and misogynistic elements are unashamedly taking over the very social and democratic system of the country. The constitution of India continues to be bizarrely misconstrued by politicians and elected representatives’ even senior ministers continue to dehumanize particularly Kashmiri women, enticing their chauvinist workers to marry “Gori Kashmiri girls” in days to come.

The Jammu and Kashmir order, 2019 has been issued under Article 370 (1) (d) of the constitution, stripping Jammu and Kashmir its 'special status'. There are a number of petitions put forth to Supreme Court of India against abrogation of Article 35 A and Article 370. However, it seems that the Supreme Court is still weighing between doing justice and assessing the expected response by the like minds of RSS extremists. Probably, that is the reason the Supreme Court has not only refused early hearing of petitions relating to Jammu and Kashmir but also pended petitions seeking a direction for the Centre and the Jammu and Kashmir administration to relax all restrictions on freedom of movement and restore communications. Your Lordship! The Supreme Court of India cannot become a party to the gross violations of human rights. Here are a few things I would ask yourself and the Supreme Court of India to reflect. Does the constitution of India permit the parliament to retrogressively downgrade statehood into a less representative form such as a union territory? How come the government may use Article 370 to demolish Article 370? Does this article not bar the President to apply all other Articles except Articles 1, 238 and 370 of the Constitution to Jammu and Kashmir? Why the decision was taken unilaterally by the executive, and that the governor had exercised his power illegally? Why the elected representatives were not consulted or even asked? Why the political leadership of Jammu and Kashmir were kept under custody to bring this amendment and why still hundreds of political leaders kept under house arrest? Is not the exclusion of the opinion and absence of consent of the Legislative Assembly of the Jammu and Kashmir amounts to rejection of all norms of democracy that the Indian constitution promises? Is not this in violation of the historical promises made on the record by Indian leaders from time to time? Can India turn away from its promises and declarations it has signed on international forums on the status of Jammu and Kashmir?

Your Honor! UN Security Council and the United Nations Commission for India and Pakistan has a clear stance regarding the State of Jammu and Kashmir being a disputed territory. It underscores that its final status is yet to be determined. The UN Security Council since 1948 has adopted 18 resolutions on the disputed status of Jammu and Kashmir. The first was Resolution No. 38 passed on Jan 17, 1948, and the last one was Resolution No. 307 adopted in 1971. The UN Commission for India and Pakistan also adopted two resolutions. The India government has no locus standi on territories illegally and forcibly occupied by it. Any action to alter the status of these occupied territories by India has no legal basis whatsoever.

Holy scriptures of Hinduism emphasize that violence of any form for any reason is supposed to beget violence, as the law of nature Karma produces an equal and similar reaction to any of the deed committed. This concept of Karma comes into play to deter persuasions for violence as elucidated in the Upanishads. I do not understand how the Indian government expects peace in Kashmir after having unleashing violent punitive actions through its indifferent brute force.

Your Lordship! You won’t disagree that the recent adventure by the government has brought the region close to the destruction of a nuclear war. Any engagement on Line of Control will never remain limited to a few sectors in Jammu and Kashmir. War will erupt along the international border as well. The Indian government cannot ignore the military response by Pakistan and it would be a nightmare for the entire humanity to see the two nuclear powers going for an all-out war eliminating humanity.  Now the ball lies in your court and I believe the Supreme Court of India can even do more than my expectations to maintain peace in the region.

I do not expect a reply to this letter but I do wish all the best to you being the head of the apex house of justice in India in handling the most sensitive issue of our times.