Much awaited trailer of 'The Legend of Maula Jatt' FINALLY released 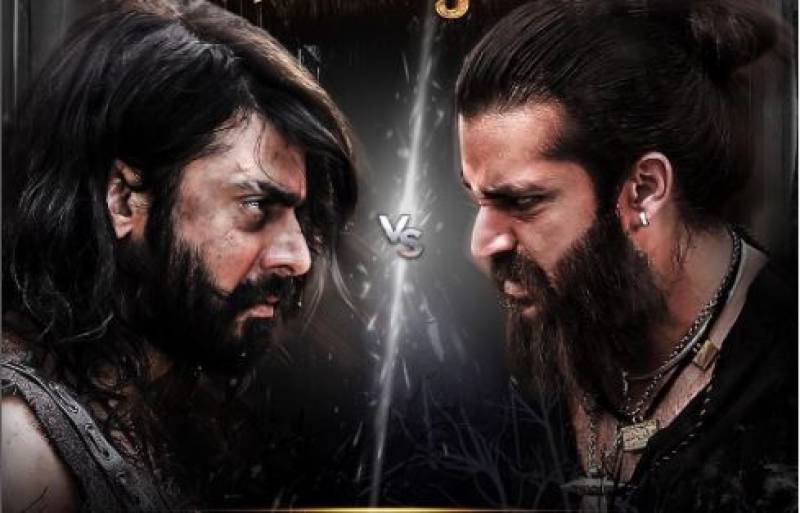 Pakistani film industry's upcoming mega project, The Legend of Maula Jatt, is finally being released within the next few weeks.

The cult classic of the 70s is now scheduled to be directed by Bilal Lashari.

The trailer of the star-studded blockbuster has been released on multiple platforms. The film is a completely new story based on those two characters.

Mahira Khan, Humaima Malik and Gohar Rasheed too will be seen in lead roles.

According to Variety, the film is based on the rivalry between the legendary Maula Jatt and Noori Natt. There are reports that the film will be one of the biggest-budgeted in the history of the Pakistani cinema.

The film features Humaima Malik as Daro, Faris Shafi as Mooda and Gohar Rasheed as Makha. It is produced by Ammara Hikmat’s Encyclomedia and Lashari Films.

Fawad Khan told a publication, “It gives me immense pleasure and is an honour to play the role of the legendry Maula Jatt. It was an absolute joy working with the team. I wish us all the very best of luck and I hope the audience enjoys it as much as I enjoyed it during the making.”

Mahira Khan also commented, “No matter what project I promote I’m asked about ‘The Legend Of Maula Jatt.’ This was a unique experience for me as an actor, learning to act in a language that I don’t know specifically was a challenge that I enjoyed. I believe that great things happen when hard work and patience are combined.”

The “10-year journey” of the creation of the Punjabi film The Legend of Maula Jatt finally comes to a close. After legal battles and years of delay, the film is set to release on October 13 in cinemas worldwide and the action-filled trailer is out now.

The trailer was also posted on Instagram captioned, “From times untold where legends are written in soil with blood, a hero is born. Maula Jatt, a fierce prizefighter with a tortured past seeks vengeance against his arch nemesis Noori Natt, the most feared warrior in the land of Punjab. Loyalties are challenged and families have been torn apart in this epic tale of truth, honour, and justice.”

The film is a remake of Yunus Malik’s 1979 Maula Jatt — which led to the now-resolved copyright issues. The film, which was initially announced in 2011, has seen many hurdles along the way.

In a major surprise for fans, Lollywood’s much-awaited project The Legend of Maula Jatt is set to be released on ...