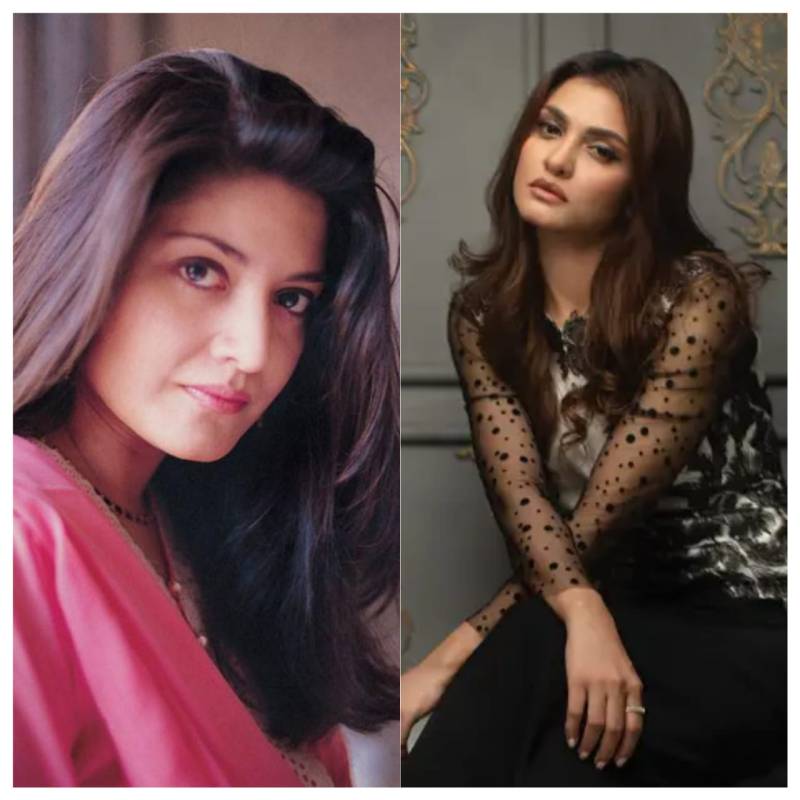 Pakistani actress Faiza Khan has listed herself among the millions of people who remembered Nazia Hassan on her 22nd death anniversary.

The uncanny resemblance that Khan managed to rock with Nazia Hassan went viral in a short span of time. The gorgeous actress posted a video of herself vibing to the Nightingale of Asia's smash hit.

Nazia Hassan is the name which everyone is acquainted with whether in the showbiz industry or around the globe. The God-gifted prodigy broke all previous records of fame and revolutionised the Pakistani music industry in the 80s and 90s.

To commemorate her 22nd death anniversary on August 13, music platform Spotify chose to posthumously pay tribute to the nightingale-voiced artist, Nazia Hassan, a pioneering pop artist. The Equal Pakistan Ambassador is a part of the streaming site’s initiative to forward the contribution of female artists from Pakistan.

As part of the initiative, noted a press statement, “She will light up Times Square, NYC, by being featured on a digital billboard in one of the world’s most recognized locations.”

Nazia was a groundbreaking force in film and disco pop. Along with her brother Zoheb Hasan and producer Biddu, her work paved way for the ones who came after her. Her popularity was not limited to Pakistan but across the border as well as in Britain. She sold over 65 million records worldwide.

Her English language single Dreamer Deewane made her the first Pakistan singer to make it to the British musical charts. She was also a recipient of the country’s highest civilian award, Pride of Performance. In addition to singing in films, Nazia was a philanthropist and was appointed by UNICEF as its cultural ambassador in 1991.

The Pakistani media quoted Zoheb as saying, "Our music eventually transcended across the world, proving that music does not have any boundaries. It is also important for artists to use their popularity for social changes as we tried when we were young, from looking after the environment to advocating peace.”

For the Pakistani industry, Nazia will always be a beacon of hope and courage. On the work front, Khan has worked in Do Bol, Azmaish, Amanat and Dil e Momin.

LAHORE – The 22nd death anniversary of Pakistani musician Nazia Hassan, a pop icon who endeared herself to ...

LONDON — Pakistani singer Nazia Hassan didn’t die of poison or any kind of foul play, according to a high ...