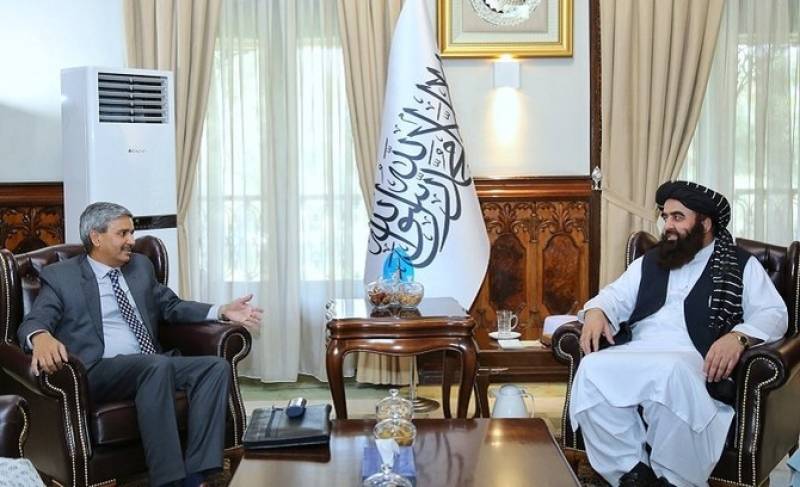 KABUL – As the Taliban administration continues to struggle for international recognition a year after it took over Afghanistan, the Afghan foreign ministry has welcomed the “upgrade” of India’s diplomatic representation in Kabul.

India had closed its embassy and consulates in Afghanistan after the Taliban takeover last August, but New Delhi deployed a technical team in June this year to coordinate their humanitarian efforts and assess the security situation in the country.

Indian Foreign Minister Subrahmanyam Jaishankar confirmed on Friday that a batch of diplomats, except for the ambassador, was recently sent back to the embassy in Kabul to address a number of issues, such as humanitarian and medical assistance, as well as development projects.

The Taliban administration has welcomed the move and promised security and immunity for Indian diplomats in Afghanistan.

“The Afghan government hopes that upgrading diplomatic representation and dispatching diplomats would strengthen Afghan-India relations leading to the completion of unfinished projects by India and the commencement of new vital projects.”

Though India was one of the few countries, which opposed the reconciliation process with the Taliban in the past, experts said on Sunday that New Delhi was now looking to reshape its relations with Afghanistan.

According to Farid Mamundzay, Afghan ambassador to India appointed by the previous government, “India is keen to engage with the Taliban as New Delhi believes that the Taliban government is going to stay for 5+ years this time or maybe longer.”

“So it’s important for India’s geopolitical interest to forget the past and form new working relations with Kabul.”

An Afghan foreign ministry official said that India didn’t want to be left behind its geopolitical rivals. “India wants to have their own direct lines of communication to the Afghan government, as well as to counter Pakistani and Chinese influence in Afghanistan,” the official said.

India recently opposed plans by China and Pakistan to involve third countries in their ongoing multibillion-dollar infrastructure project, after Beijing and Islamabad agreed to extend the programme to Afghanistan. New Delhi said last month that the proposed participation of third countries on those projects “directly infringe on India’s sovereignty and territorial integrity.”

India’s efforts to improve relations with the Taliban government are aimed at protecting its own interests, says Torek Farhadi, analyst and advisr to the former Afghan government.

“When it comes to the Taliban, India will instrumentalize them against Pakistan when it is convenient for New Delhi,” he said. “What we need to understand about India is that they are a pragmatic player, driving towards their own interests.”