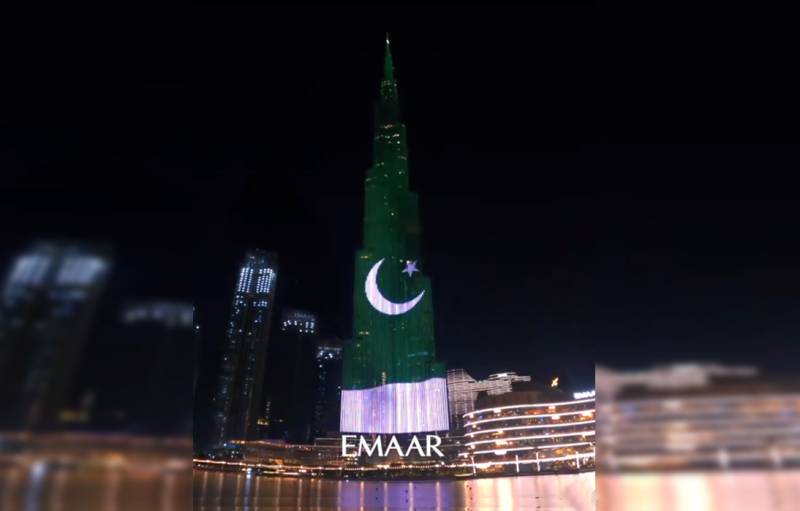 ABU DHABI – The tallest building in the world, Burj Khalifa lit up in white and green to celebrate Pakistan’s Independence Day on Sunday evening.

The skyscraper turned green with the appearance of a crescent and a star representing the Pakistani flag.

The official account of Burj Khalifa also shared a clip in which the tallest edifice was emblazoned with the colours of Pakistan flag. “Burj Khalifa commemorates Pakistan’s Independence Day, wishing the republic peace and prosperity,” the caption reads.

A post shared by Burj Khalifa by Emaar (@burjkhalifa)

Meanwhile, In Pakistan, the masses celebrate Independence Day or the diamond jubilee of getting independence.