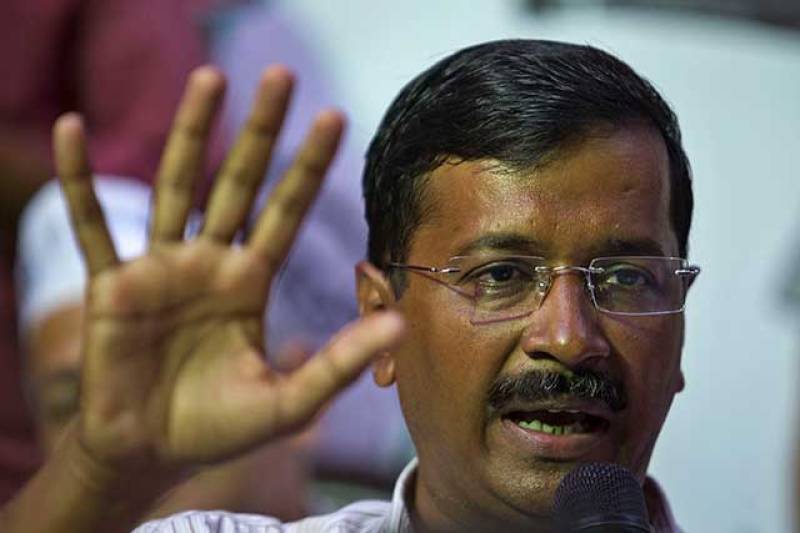 On the occasion tens of thousands packed the sprawling Ramlila Maidan to witness the oath taking ceremony.

Families of senior AAP members, including Kejriwal and Manish Sisodia, attended the ceremony.

Cheering Aam Aadmi Party supporters started flocking to the ground in the heart of the capital right from the morning, and excitement ran high whenever a prominent party leader was spotted.