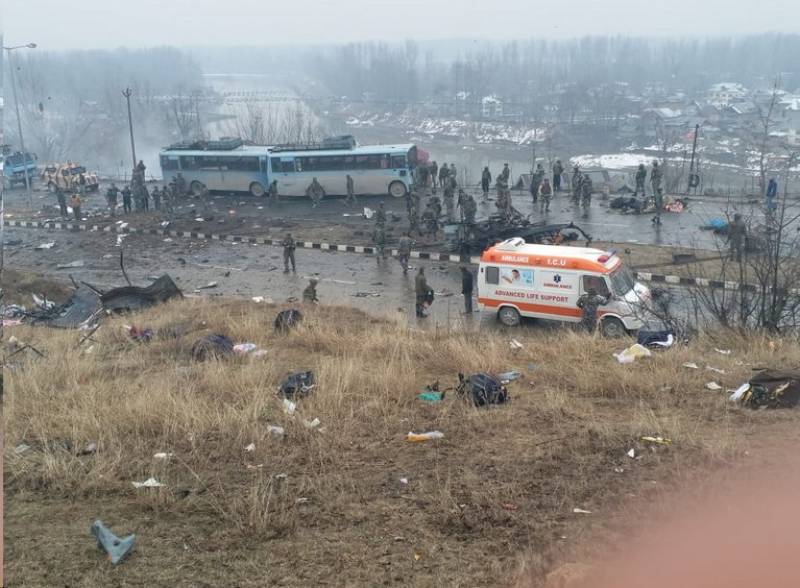 SRINAGAR – At least 44 Indian paramilitary police personnel were killed and many others injured when their convoy targeted with a car bomb at Awantipora area of Indian controlled Kashmir's Pulwama district on Thursday.

Indian police said that a car filled with explosives rammed a bus carrying the officers to Srinagar, the capital of Indian-administered Kashmir. 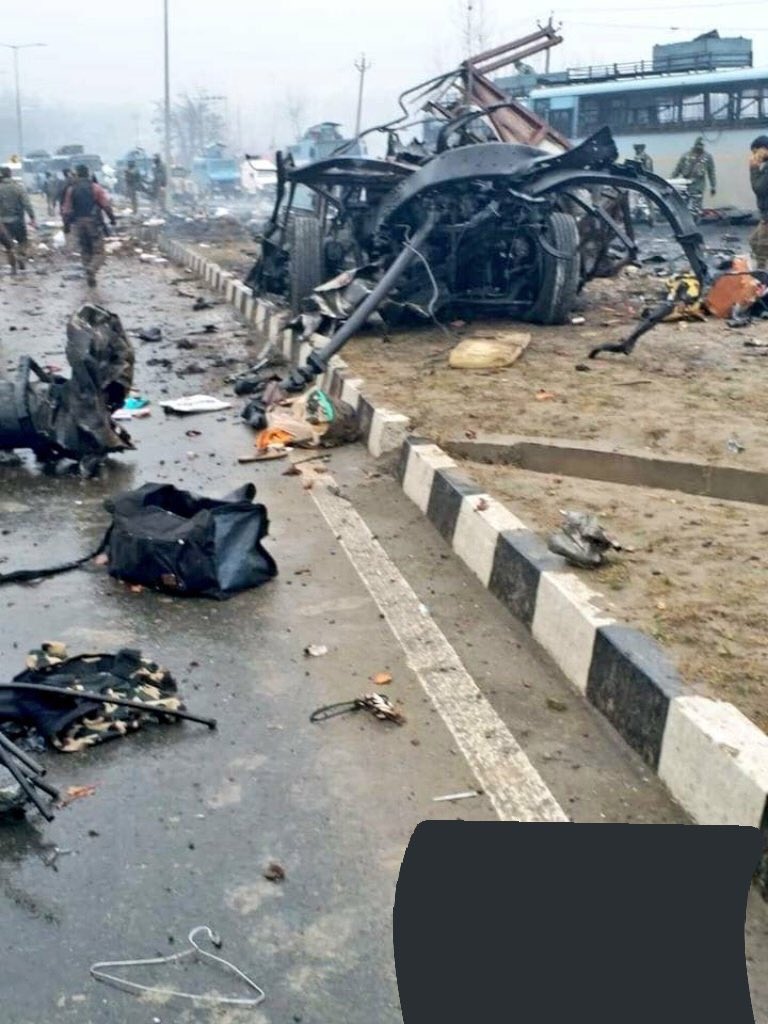 The NDTV reported while quoting Home Ministry sources that the car bomb targetted the army vehicles with over 2,500 CRPF men were on the Srinagar-Jammu highway. The stretch on which the incident occurred had been sanitized earlier in the morning, and authorities have termed it as a "serious breach" of security.

Attack on CRPF personnel in Pulwama is despicable. I strongly condemn this dastardly attack. The sacrifices of our brave security personnel shall not go in vain. The entire nation stands shoulder to shoulder with the families of the brave martyrs. May the injured recover quickly.

The attack came a day after an explosion wounded more than two dozens of schoolchildren in the state. The cause of the blast was not immediately clear.

On October 1, 2001, an explosive-laden SUV was rammed into the main gate of the Jammu and Kashmir State Legislative Assembly complex in Srinagar, killing 38 people.