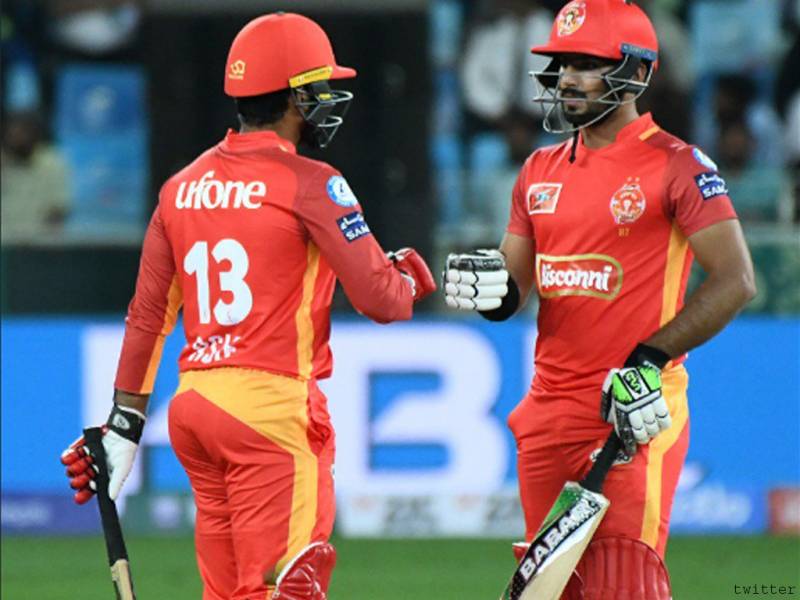 DUBAI - In the opening match of the fourth edition of Pakistan Super League (PSL) cricket, Islamabad United beat Lahore Qalandars by 5 wickets at the Dubai International cricket stadium on Friday.

Islamabad United skipper Muhammad Sami-led won the toss and elected to field in the opening match of the much-awaited fourth edition of the PSL.

Batting first, Lahore Qalandars scored 171 runs for the loss of eight wickets in the allotted 20 overs.

Islamabad United chased down the target in the last over with 5 wickets remaining.

Asif Ali scored 36 runs while Faheem Ashraf of Islamabad United who took two wickets and scored 23 runs was declared man of the match.

Faheem Ashraf concluded the match by hitting a sixer.

Out of six matches, Islamabad won three matches while Lahore manages to win two and one resulted in a tie.

Two matches are scheduled to be played today. In the first match Karachi Kings will take on Multan Sultans at 4:30 pm (PST), while in the second match, Peshawar Zalmi will face Quetta Gladiators at 9:00 pm.