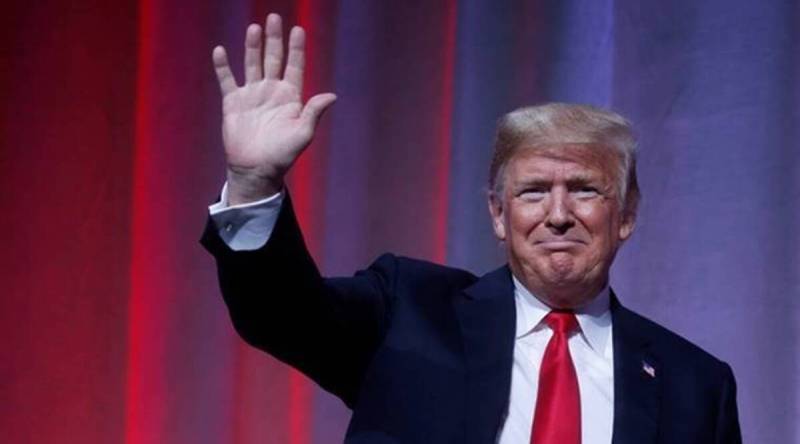 WASHINGTON – Former US president Donald Trump was acquitted in his second impeachment trial involving charges of inciting deadly January 6 attack on Capital by supporters in an attempt to prevent Congress from transferring power to Joe Biden.

The Republican-controlled Senate voted 57-43, giving save passage to the former president, who has termed the trial a “witch hunt”.

The Trump’s conviction required a two-thirds majority vote or at least 67 out of 100 Senators.

Donald Trump is the first president in US history to be impeached twice as he was first acquitted by Senate last February of charges of exerting pressure on Ukraine to probe Joe Biden and his family.

Following his acquittal, House Speaker Nancy Pelosi said that she was against the possibility of censuring Trump in the Senate.

"Censure is a slap in the face of the Constitution that lets everybody off the hook," Pelosi said.

She added that the House will conduct indepth investigation into the matter in order to avoid Capital-type events in the future.

Pelosi said in a statement that it was "so pathetic that [minority leader] Senator [Mitch] McConnell kept the Senate shut down so that the Senate could not receive the Article of Impeachment and has used that as his excuse for not voting to convict Donald Trump."

Calling the trial “witch hunt”, Donald Trump said: "This has been yet another phase of the greatest witch hunt in the history of our Country. No president has ever gone through anything like it, and it continues because our opponents cannot forget the almost 75 million people, the highest number ever for a sitting president,"

He also slammed the Democrats for their aggressive political approach.

"It is a sad commentary on our times that one political party in America is given a free pass to denigrate the rule of law, defame law enforcement, cheer mobs, excuse rioters, and transform justice into a tool of political vengeance, and persecute, blacklist, cancel and suppress all people and viewpoints with whom or which they disagree," Trump said.

The former president thanked his lawyers and other members of his team, as well as all the Congress members who defended the Democrats’ move.

"Our historic, patriotic and beautiful movement to Make America Great Again has only just begun. In the months ahead I have much to share with you, and I look forward to continuing our incredible journey together to achieve American greatness for all of our people," Trump said.