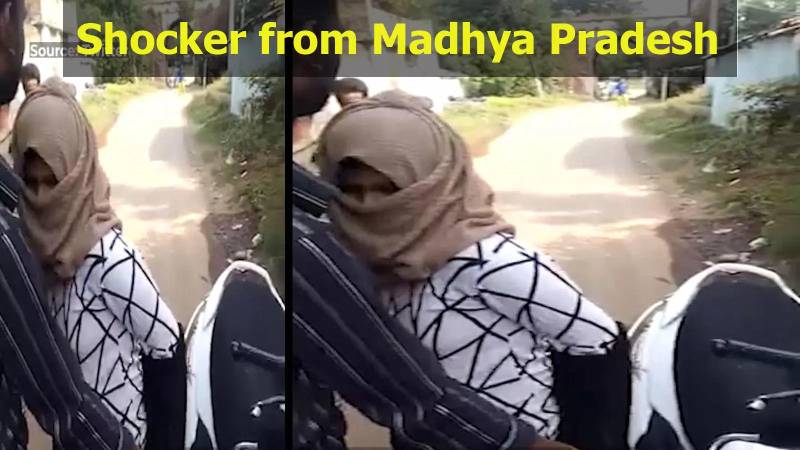 BHOPAL, INDIA — A group of Hindu extremists forced a Muslim woman riding pillion on a scooter to remove her hijab in Bhopal on Saturday.

The action led to a widespread criticism on social media.

The woman was riding pillion with a man when some people stopped them on a narrow street in Bhopal's Islam Nagar and asked her to remove her hijab.

Visuals show some people taking off her hijab while she protested, visibly crying. A man is heard in the video telling the woman that she was a "disgrace" to the community.

Local police said the people who had gathered there suspected the woman was with a Hindu man, so they forced the scooter to stop.

No police case has been filed. Two of the men who were seen stopping the scooter were detained and let off after a warning not to repeat the act.

A girl was forced to remove her burkha as the people suspected that the man on whose scooter she was riding pillion was a Hindu, in Islam Nagar, Bhopal on Saturday afternoon @ndtv @ndtvindia pic.twitter.com/66QPE5OJax

"A man and the woman came to Islam Nagar in the afternoon. Some people stopped them and asked her to take off her hijab and show her face. It is suspected that the people believed the man was Hindu and the girl Muslim," police officer RS Verma said.

"No case has been registered but preventive action has been taken against the two men seen in the video, who were let off with a warning to not repeat such an act," Mr Verma said.