Racism: Muslim boy’s home-built clock leads to his arrest in US 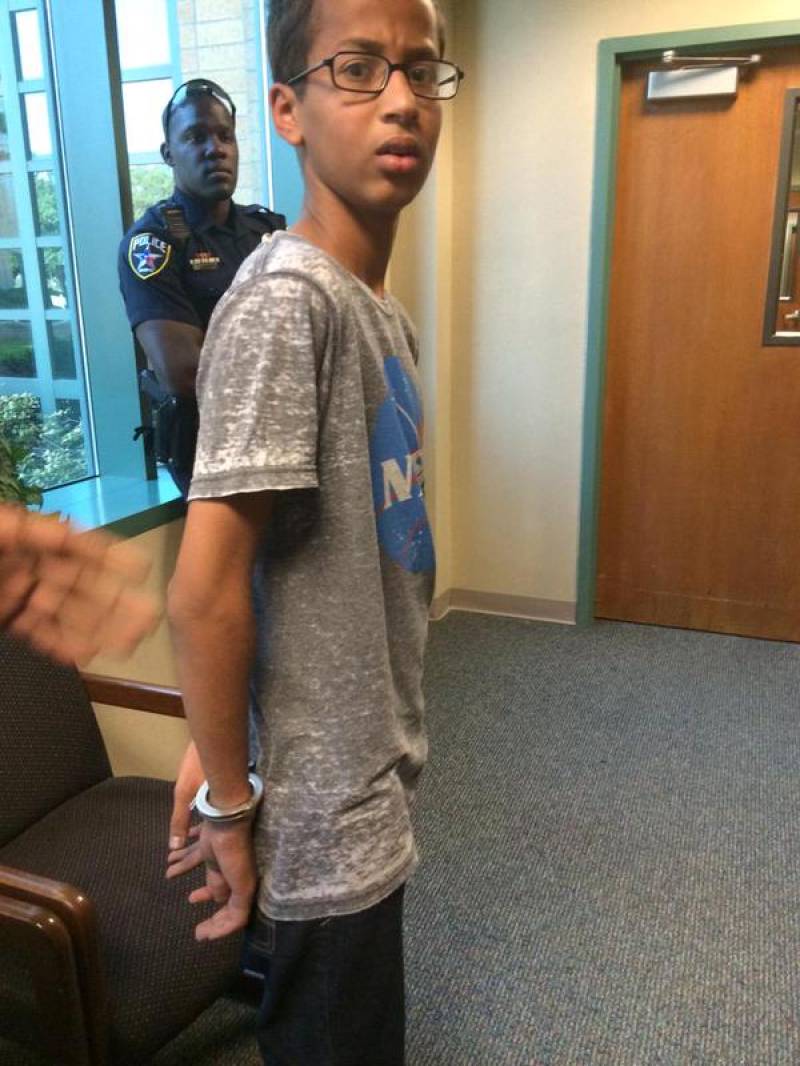 WASHINGTON (Web Desk) - A Muslim 9th-grade student was held in Texas after bringing to school a home-built digital clock which teachers thought was a bomb.

In an incident that has raised allegations of racism and made a Texas school district the target of online outrage, the ninth grader was pulled out of school in handcuffs after a digital clock he built himself was mistaken for a bomb.

Mohamed, a self-assured kid with thick-framed glasses and a serious expression, had just started at MacArthur High School a few weeks ago.

The Irving, Tex., ninth grader has a talent for tinkering — he constructs his own radios and once built a blue tooth speaker as a gift for his friend — and he wanted to show his new teachers what he could do.

So on Sunday night, he quickly put together a homemade digital clock (“just something small” as he casually put it to the Dallas Morning News, a circuit board and power supply connected to digital display) and proudly offered it to his engineering teacher the next day.

But the teacher looked wary.

“He was like, ‘That’s really nice,’” Mohamed told the Dallas Morning News. “‘I would advise you not to show any other teachers.’”

During English class, the clock beeped, annoying his teacher.

When he brought the device up to her afterward, she told him “it looks like a bomb,” according to Mohamed.

“I told her, ‘It doesn’t look like a bomb to me,'” he told the Dallas Morning News.

But the English teacher kept the clock, and during sixth period, Mohamed was pulled out of class by the principal.

“They took me to a room filled with five officers in which they interrogated me and searched through my stuff and took my tablet and my invention,” the teen said. “They were like, ‘So you tried to make a bomb?’ I told them no, I was trying to make a clock.”

But his questioner responded, “It looks like a movie bomb to me.”

Mohamed told NBC-Dallas Fort Worth that he was taken to police headquarters, handcuffed and fingerprinted.