Pakistani ace paceman, Shaheen Shah Afridi got a special gift from his supposed sweetheart as he took to social media to share the lovely moment with his fans.

Afridi, who never ceases to keep his fans updated and aware through his social media networking profiles, posted a story on a photo-sharing platform.

The gift was a beautiful bouquet of red and white roses presented to the 21-year-old on the feast of Saint Valentine, which is celebrated annually on February 14. Afridi while sharing the snap of the gift wrote, Thank you My Love with a heart emoji. 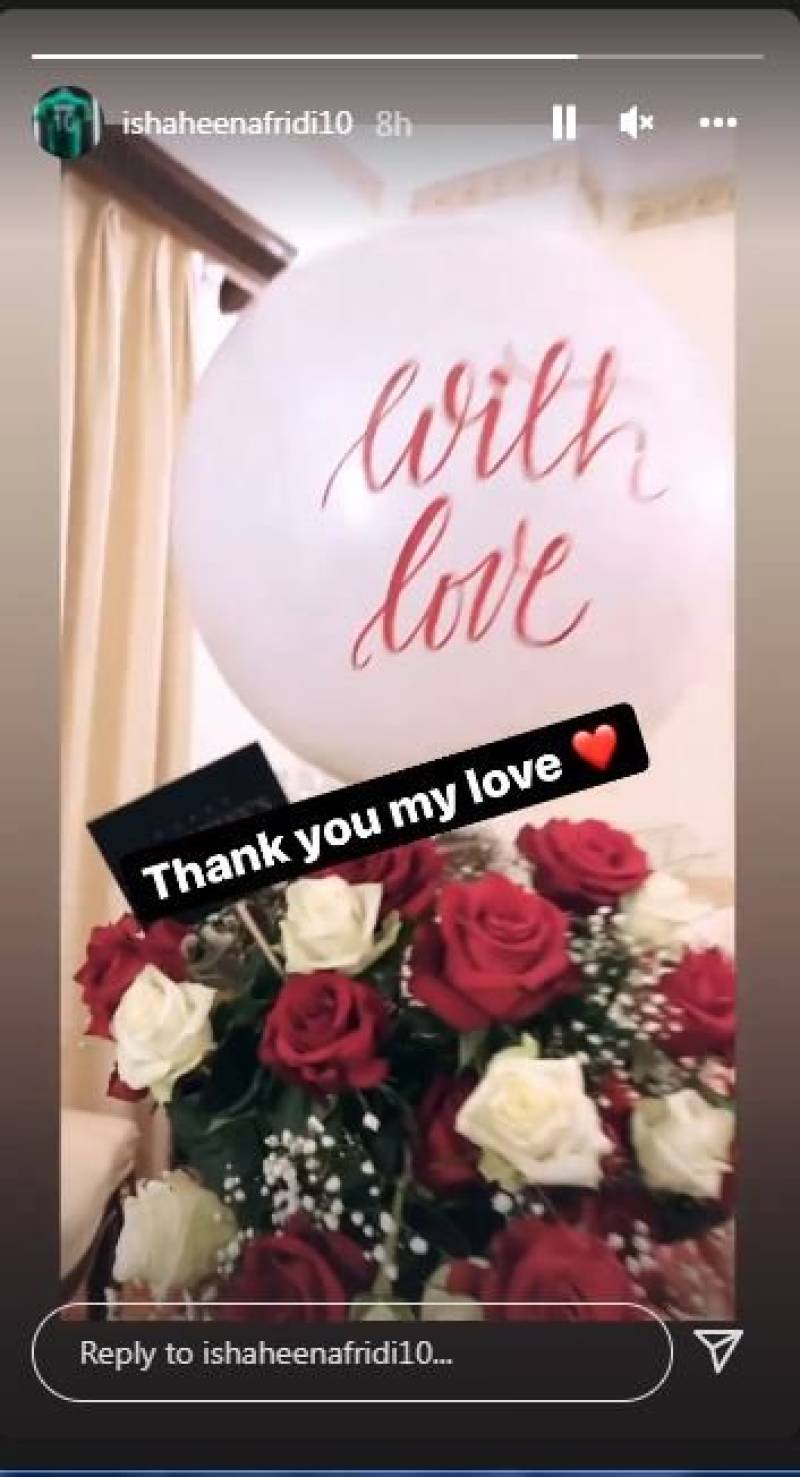 Meanwhile, the Qalandars skipper did not disclose about the person behind the lovely gift. Afridi is expected to tie the knot with the eldest daughter of star all-rounder Shahid Afridi.

Boom Boom, in an interview with a private channel, was asked about the engagement of his daughter with fast bowler Shaheen, to which he replied that if God's willing, the young bowler will be his son-in-law in the future.

On the other hand, the young pacer is leading Qalandars in the ongoing Pakistan Super League seventh edition. Afridi also has been named the ICC Men’s Player of the Year Award.

On Sunday, the youngest player to be awarded the Sir Garfield Trophy produced a stunning new-ball over to dismiss Jason Roy and James Vince in successive deliveries against Quetta Gladiators.