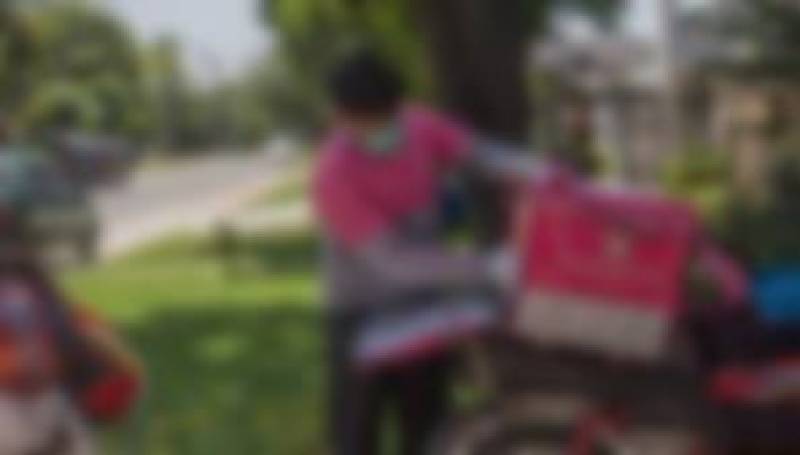 The CCTV footage has gone viral whereas police are yet to register a case against the incident, reported ARY News.

The footage shows that the delivery man tried to resist the robbery despite the assailants being armed and displaying their weapons. They snatched the victim’s insulated thermal delivery bag that contained six burgers and fled the scene.

The victim can be seen trying to save his bag, but had to let go when the three men assaulting him brandished their weapons and one of them came around to the delivery man’s motorcycle, apparently to attempt to take it away too.

Three men on another motorcycle, reportedly their accomplices, can be seen following their colleagues after they fled on a bike.

KARACHI – A street criminal, pretending to be an online food rider, was arrested on Tuesday in a robbery case ...