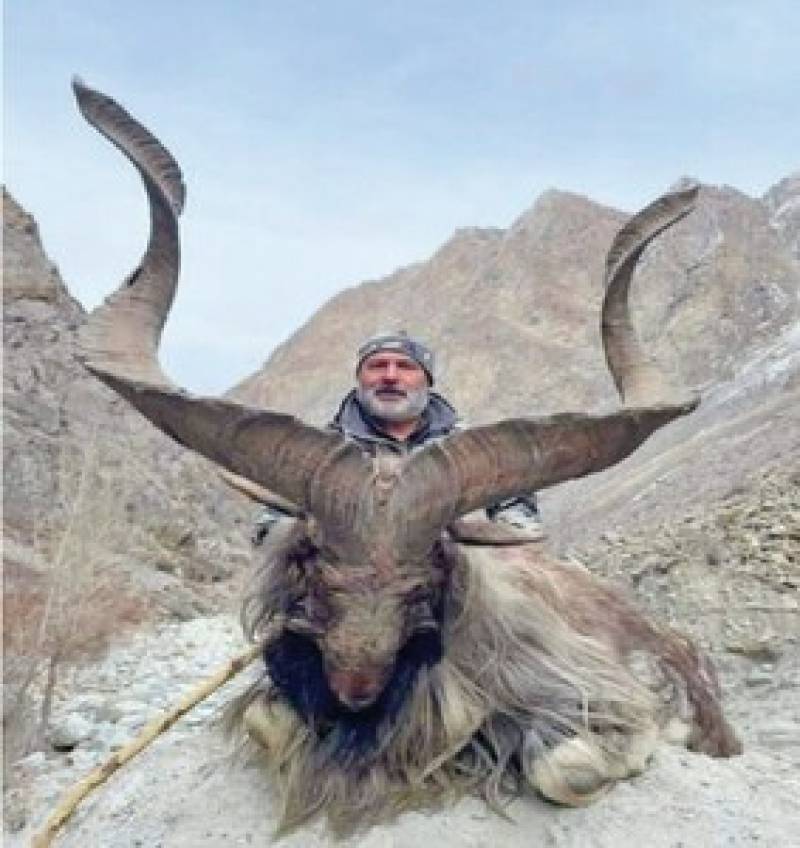 GILGIT – Markhor is Pakistan's national animal and it becomes a news every time it is hunted, legally or illegally.

The GB wildlife department said that James Kevin of the United States hunted the markhor in the Jutial Conservancy area in Gilgit district after paying $131,000 for trophy permit and Viejo Gonzalez Jesus of Mexico in Bunji of Astore district for $136,000 fee.

GILGIT – As trophy hunting season continues in the country’s northernmost territory, a US citizen has ...

They said Mohammad Taha was trying to transport the ibex meat from Shigar to Skardu district.

The officials said 80 percent of the hunting trophy amount went to the community for wildlife conservation, while the remaining was deposited in the exchequer.

The GB wildlife department had auctioned of four hunting licences for Astore markhor, 14 for blue sheep and 85 for Himalayan ibex under the 2021-22 trophy hunting programme.