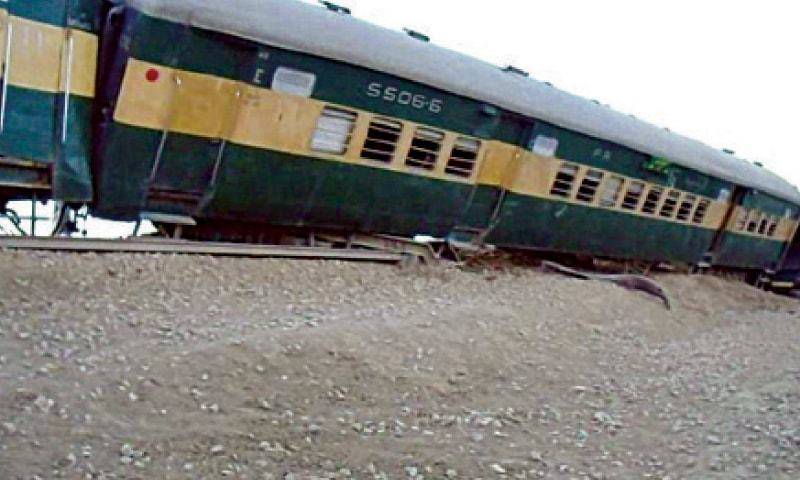 The Green Line train, going from Karachi to Rawalpindi, when its two passenger bogeys went off the track, injuring six passengers. The train was still moving on dragging the derailed compartments with it for about three kilometres.

The damaged compartments were detached from the Green Line train and it was given the green signal to resume its journey.

A relief train from Rohri has been set off for Noshehro Feroze to repair the damaged track for resuming upcountry railway traffic.