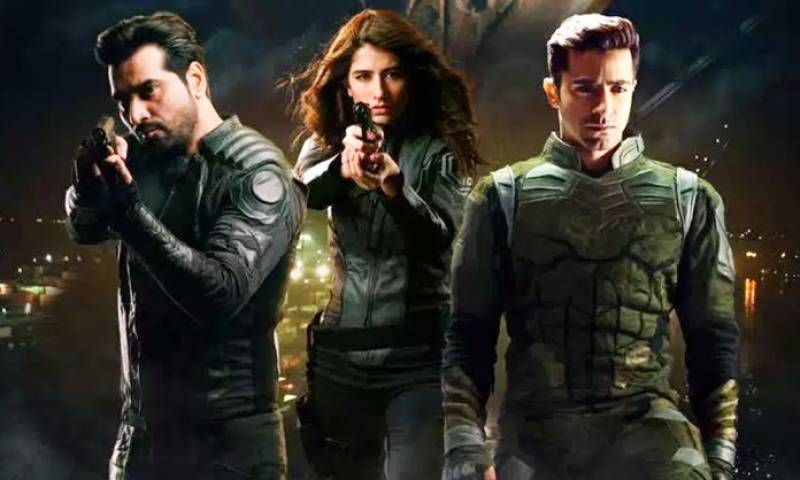 LAHORE - If you made a plan to watch Pakistan’s first ever superhero film, Project Ghazi, over the weekend then we have some bad news for you.

The film, which was scheduled to release across cinemas on July 14, has pushed forward its release to an unannounced date.

Following its premiere at Nueplex Cinema, Karachi on Thursday night, Project Ghazi team updated their Facebook page and informed their fans of the delay.

The post read, “It is with a heavy heart that we are making the announcement that Project Ghazi's release date has been postponed. We understand that this was a highly anticipated movie, but films of this magnitude require extensive technical work and hence to do justice to this film genre, we have decided to delay the release from July 14, 2017.

When superheroes overestimate themselves they deliver movies like #ProjectGhazi and make a fool out of themselves ? pic.twitter.com/osTU6xSZ2u

The new release date will be announced soon.” Reports suggest that the decision to postpone movie’s release was taken after the movie received a negative response on its premiere. The movie screening suffered from technical, sound and dubbing issues along with mismanagement.

It was even mentioned that audiences and movie stars left the cinema after forty minutes into the film.

The producers hope to re-edit the movie and then release it officially. The movie, which stars Sheheryar Munawar, Syra Shahroz and Humayun Saeed, had created a buzz being a first of its kind movie in Pakistan.

Shahroz plays the role of the scientist in the movie, while Saeed and Munawar both play super soldiers.

The makers of the film stated that the science fiction movie highlights the intolerance prevalent in the society which is eventually dealt with by highly skilled soldiers as a result of their bravery and the spirit of nationalism.-Online