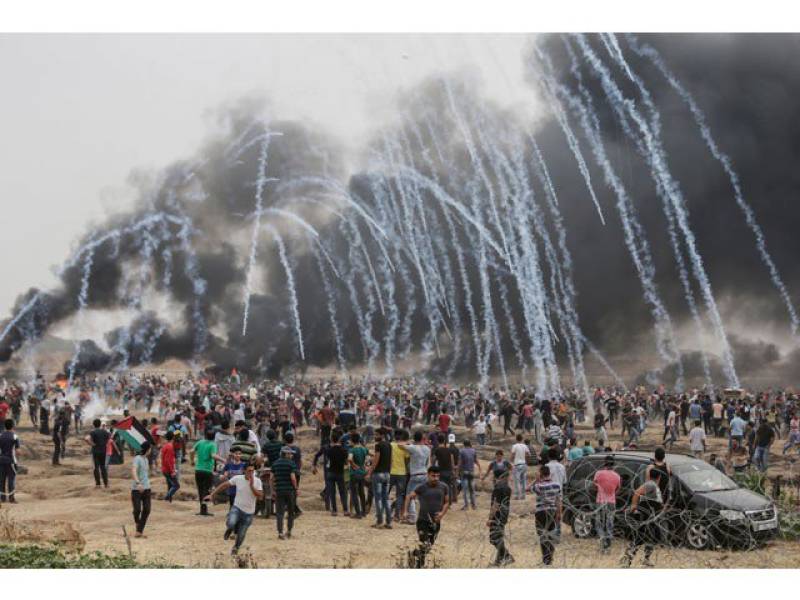 GAZA CITY - Two Palestinian youth were shot dead and several others injured by Israeli forces during the protests along the Gaza Strip near the fence with Israel on Friday.

The shootings came as thousands of Palestinians gathered to take part in the weeks-long Great March of Return rallies, which are being carried out every Friday since March of this year.

The protesters have been calling for the right of refugees and their descendants to return to the homes and lands from which they were violently expelled from in 1948.

The recent killing of two boys aged 18 and 15 respectively bring the total toll since the beginning of the Great March of Return to 139.

In advance of Friday's protest, the organising committee called on Palestinians to take part in the protests to express solidarity with Khan al-Ahmar, a Bedouin village in the occupied West Bank slated for total demolition by Israeli authorities.

"From the unity of blood and unity of purpose, we declare Friday the day of solidarity with our people in the Khan al-Ahmar," the committee said in a statement.

The Israeli Supreme Court has temporarily suspended the demolition of the Bedouin village, home to at least 180 people, until July 16.

Last Friday, one person was killed and 57 were wounded by Israeli military fire in protests at the Gaza-Israel border.