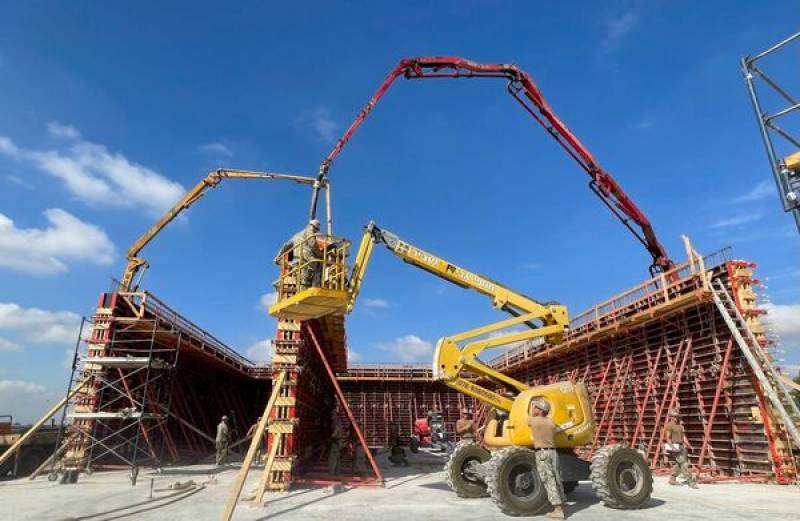 WASHINGTON/TEL AVIV – The United States is building a new combined joint operations center (CJOC) at an Israeli airbase, according to a government notice.

The US Naval Mobile Construction Battalion 11 shared images of its detachment pouring concrete for the walls of a new building at Hatzor Air Base.

A notice released by the US government System for Award Management website on 11 July includes architectural drawings showing the building is being constructed at a location at the northern tip of Hatzor Air Base. The telecommunications plan showed it will have desks for 152 people and two meeting rooms.

The combined facility at Hatzor airforce base, also titled Kanaf 4, located in central Israel near kibbutz Hatzor after which it is named, would most likely be shared by US and Israeli personnel.

TEL AVIV – The United Arab Emirates on Wednesday become the first country in the Gulf to open an embassy in ...