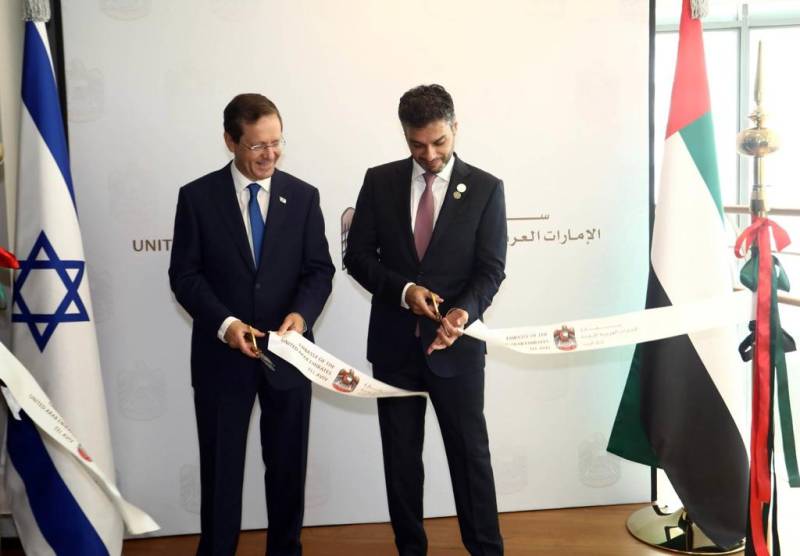 TEL AVIV – The United Arab Emirates on Wednesday become the first country in the Gulf to open an embassy in Israel, weeks after Tel Aviv inaugurated its embassy in Abu Dhabi.

Both countries normalised relations with Israel last year under the "Abraham Accords" brokered by the then-US President Donald Trump.

UAE ambassador Mohamed Al Khaja inaugurated the embassy while Israel’s President Isaac Herzog and others officials were present on the occasion.

Al Khaja said "Ten months ago, our two countries signed the Abraham Accords with a vision to pursue peace, security, and prosperity in our region."

He said that it is this human spirit that makes the UAE a diverse and tolerant society, and a world-class hub for innovation, culture and business.

"And it is this human spirit, of creativity and determination, of vision and action, that is at the heart of the Accords,” he said.

"We can harness this creativity to work towards a more prosperous and sustainable future for our countries and our region," he highlighted

He said that it is time for new approaches and thinking to set a new and better path for the future of the region.

He hoped that the opening of the UAE Embassy in Tel Aviv will mark an important milestone in the growing relationship between our two countries and between the peoples of the UAE and Israel.

Top Israeli diplomat Yair Lapid inaugurated the Jewish state's first embassy in the Gulf region during a trip to the ...