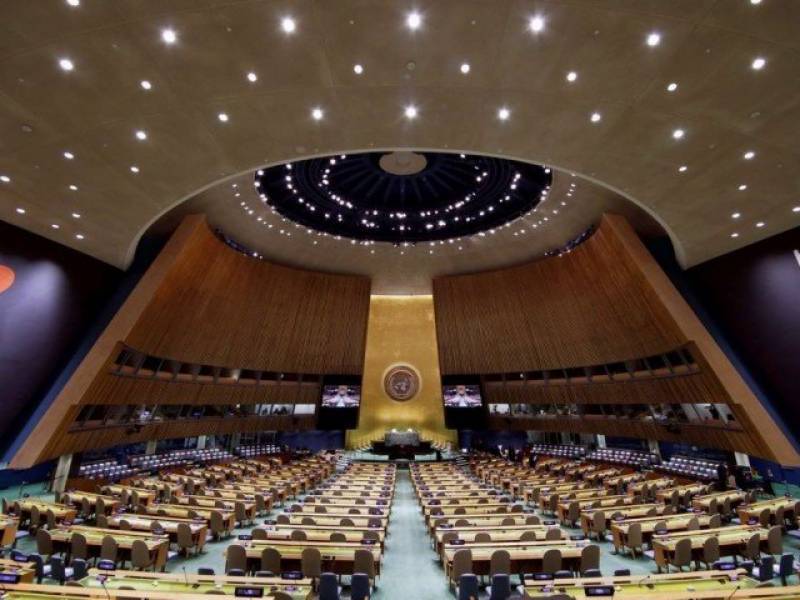 NEW YORK – An attempt of India to get permanent membership of the United National Security Council was thwarted again after it was opposed by Uniting for Consensus (UfC) countries, including Pakistan.

The UN General Assembly, earlier this week, adopted, by consensus, an oral decision by which it decided to “immediately” continue intergovernmental negotiations on reform of the Security Council.

“In the debate, differences emerged between those who wanted text-based negotiations — the President of the Assembly and some delegations, including Japan and Germany — and others, such as the delegations of China, Pakistan and the Republic of Korea, who considered such a step premature and likely to break the consensus,” read the statement.

The UFC group’s opposition foiled the attempt of G4 countries – Brazil, Germany, India and Japan –  to get approved their agenda regarding an increase in seats of UNSC as Delhi is actively engaging friendly states to get membership of the UN's top security body.

Sharing his views, Pakistan’s delegate rejected any negotiation on the basis of a text, citing the need to reach agreement on the principles of reform on all five clusters of the issue.  The desire for a text falls within the personal will of the President, he said, adding that any attempt to formalize this process would be rushed.

The representative of Iran said his delegation does not support any text-based negotiations as they are “impractical and premature”.

Japan’s representative, speaking in explanation of position after the adoption, and on behalf of the Group of Four (Brazil, Germany, India, Japan), said he was very disappointed that the decision was a simple roll-over.

It is recalled that two-third majority of the General Assembly is required increase members of the UNSC, additionally it needs endorsement of 129 countries’ parliament and cabinets.

NEW YORK – India has blocked a proposal to list an Indian national, who is involved in terror activities in ...