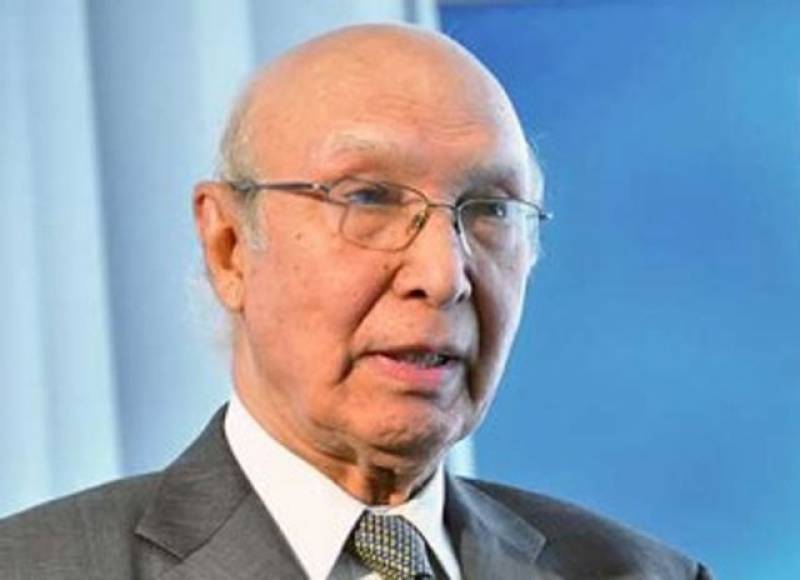 ISLAMABAD (Staff Report) - Prime Minister's Special Advisor on Foreign Affairs Sartaj Aziz has said that Gwadar and Chahbahar ports have been declared as sister ports which will be linked by rail.

Winding up debate in the Senate on a motion regarding the agreement signed by India, Iran and Afghanistan for development of Chahbahar Port and its negative impact on Pakistan particular Gwadar Port, Aziz said that both ports were complimentary to each other as they increased connectivity in the region, which was big enough to accommodate more than one port.

He informed the House that in view of the overall realignment of the region, Pakistan has already taken decisive steps to further strengthen connectivity not only with China but also among Central Asian countries.

He also pointed out that Gwadar was a deep seaport while Chahbahar was not, adding that the utility of Gwadar was therefore much greater.

About growing Indo-US relations, he said broader geo-political factors were involved particularly the US policy of using India to contain China.

He said Pakistan that was gathering evidence about the activities of RAW agents in fomenting trouble in Balochistan and elsewhere in the country.

The advisor expressed the confidence that in view of Pakistan's effective diplomacy, India would not be able to get another exception this time enter into the Nuclear Suppliers Group.

The house continued debate on a motion to make recommendations to the National Assembly on the new Federal Budget.

Daud Khan Achakzai claimed that the budget was disappointing as the Government could not achieve most of its economic targets.

Babar Awan demanded announcement of the next NFC award and population census as these formed the basis for the distribution of national resources.

Saeedul Hassan Mandokhel said substantial relief had not been provided to people through the budget.