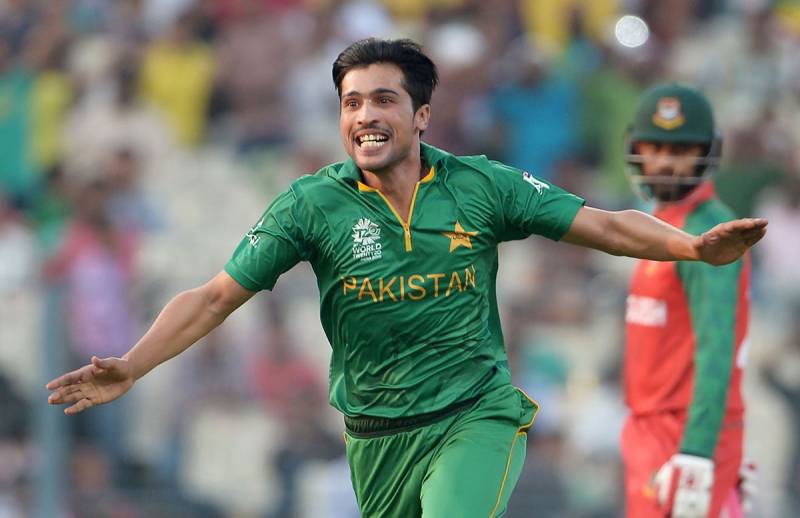 CARDIFF: Pakistan's attacking left-hand fast bowler Mohammad Amir has been ruled out of the semi-final against England in the Champions Trophy 2017 here on Wednesday.

Pacer Rumman Raees replaced the 25-year-old who suffered a back injury during practice session after Green Shirts' three-wicket victory over Sri Lanka.

Meanwhile, Faheem Ashraf has been replaced with Shadab Khan.

During the previous match with Sri Lanka, Mohammad Amir and Sarfraz Ahmad produced superb innings with a three-wicket win at Cardiff, paving the way for Pakistan's entry into the semi-finals.

Pakistan, chasing a seemingly modest 237 to win, slumped to 162 for seven.

But Sarfraz’s 61 not out and Mohammad Amir’s 28 not out saw Pakistan home with 31 balls to spare after they shared an unbroken eighth-wicket partnership of 75.