BEIJING/ISLAMABAD - China’s official media has slammed South Korean Christian groups for converting young Chinese and sending them to proselytise in Muslim countries, a day after Pakistan confirmed the two Chinese nationals killed by IS terrorists were involved in “preaching” in the country.

The state-run Global Times mainly highlighted the comments by Interior Minister Chaudhry Nisar Ali, that Lee Zingyang, 24, and Meng Lisi, 26, who were kidnapped from Jinnah Town, Quetta, on May 24, had entered Pakistan on business visas. 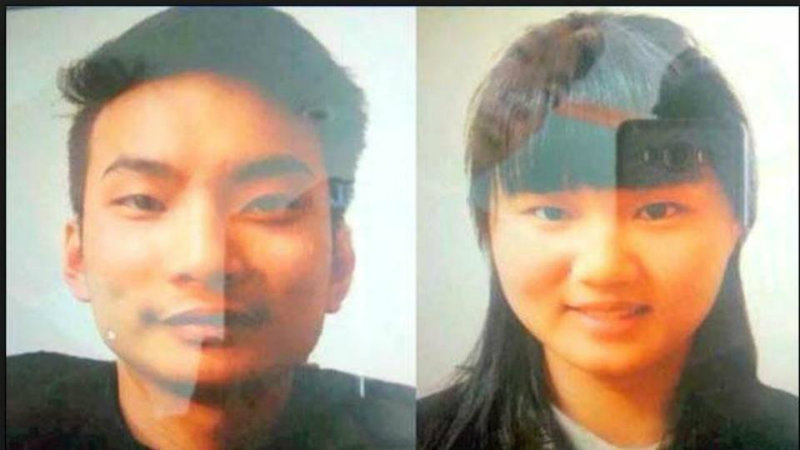 Last week, IS' Amaq propaganda agency claimed its members had killed them.

The kidnapping was a rare crime against Chinese nationals in Pakistan but it has alarmed the growing Chinese community in the country.

The interior minister was informed that the two were part of a group of Chinese citizens who had entered Pakistan after obtaining business visas from the Pakistani Embassy in Beijing. But instead of doing business, they had gone to Quetta, where they pretended to learn Urdu from a Korean business owner but “were actually engaged in preaching forbidden proselytizing,” the Global Times reported. 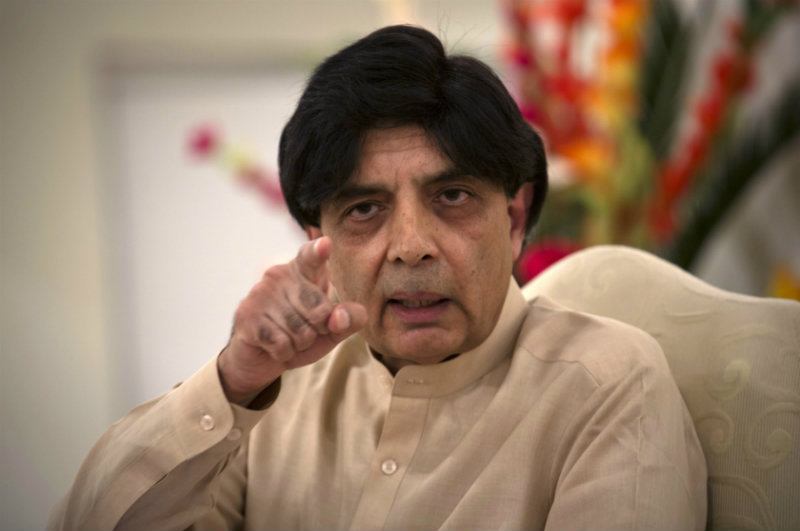 Chinese government on Wednesday stressed that its citizens must always "observe local laws" when traveling abroad.

A foreign ministry spokesman said safeguarding Chinese nationals abroad is very important to Beijing, but he made sure to talk about the safety of citizens' "lawful rights and interests" overseas.

Missionary work is unlawful in Pakistan, which is an Islamic country.

Lu further said China plans to work with Pakistan "to carry out investigation in accordance with law" on whether its two citizens "were engaged in evangelical activities" as Islamabad claimed.

In his statement, Lu reiterated that China opposed all forms of terrorism and commended the Pakistan government's pledge to continue protecting Chinese people and businesses in the country.

Chinese analysts have warned that some illegal missionary activities by South Korean religious groups in China are even sponsored by Seoul’s secret services, the Global Times said in its report.

“South Korean missionaries have been conducting underground missionary activities in China since at least a decade ago. Many missionary organisations are even sponsored by the (South Korean) intelligence agency, the National Intelligence Service,” Chu Yin, an associate professor at the University of International Relations was quoted as saying by the Global Times.

Apart from recruiting young people in China, South Korean missionaries send teenagers to risk their lives to conduct missionary activities in Muslim countries, after luring them with free airfare tickets, accommodation and meals.

“Some Chinese voluntarily join in the dangerous missionary activities in countries like Pakistan, Afghanistan and Iraq after being converted by South Koreans,” a university student who has participated in several South Korean underground missionary events told the Chinese daily.

Korea entered the 20th century with an already ingrained Christian presence and a vast majority of the population practicing native religion (Sindo). The latter never gained the high status of a national religious culture comparable to China's system and Japan's Shinto; this weakness of Korean Sindo was among the reasons it was left free in the early and thorough planting of Christian churches. 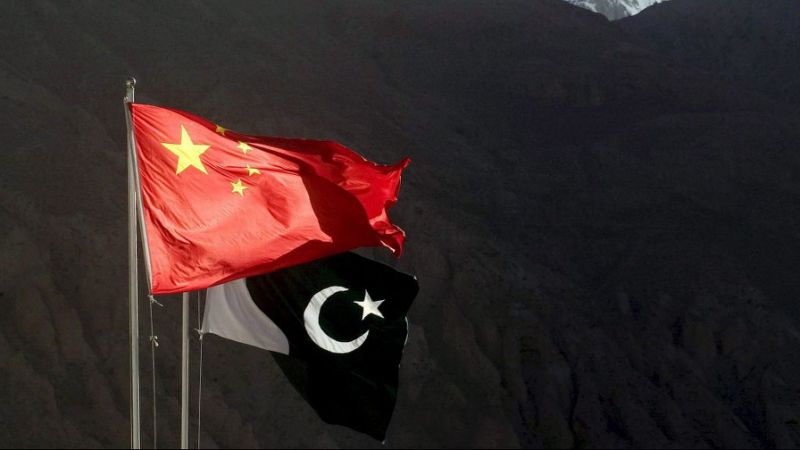 Meanwhile, an editorial in Global Times said, “while the atrocity” by the Islamic State in killing the two Chinese is appalling, it cannot drive a wedge between China and Pakistan, nor will the construction of the CPEC be disrupted.

“The killings of the two Chinese citizens should serve as a lesson. It is necessary for China and Pakistan to understand the situation of South Korean missionaries and radical groups in Balochistan, so as to better protect the safety of Chinese nationals in Pakistan,” it said.

“The China-Pakistan bilateral relationship is regarded as a model of relations between countries with different social systems. The Chinese public considers Pakistan as China’s “iron brother,” the editorial said.

RAWALPINDI - The successful operation by security forces in Mastung denied establishment of any direct/indirect ISIS ...

“Some Indian and Western media intend to exaggerate the impacts of the incident. They aim at badmouthing and disrupting China-Pakistan economic cooperation by linking the terror act caused by religious conflict to the political and economic cooperation between the two countries,” it added.

Security steps for CPEC and Chinese

Pakistan is beefing up security around Chinese citizens streaming into the country on the back of Beijing's "Belt and Road" infrastructure splurge.

China has often urged Pakistan to improve security after pledging around $57 billion (44.72 billion pounds) to build power plants, railways, and roads that will cross the Himalayas to connect western China with Pakistan's Arabian Sea port of Gwadar. 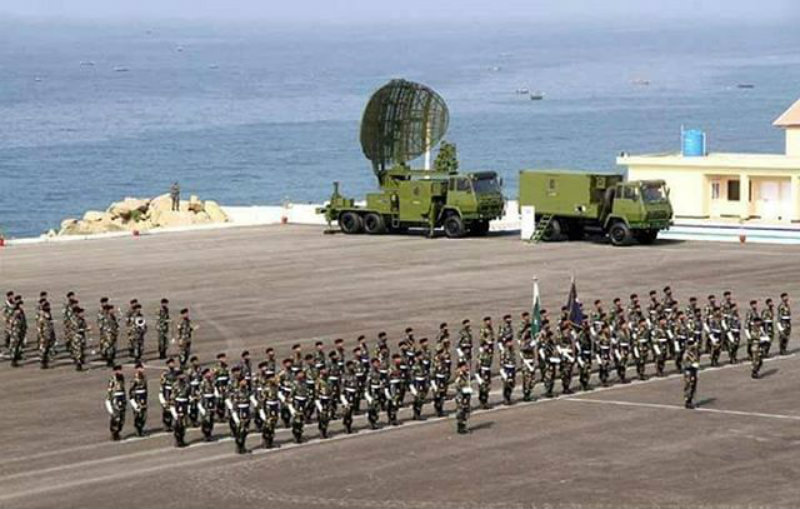 Under its extensive security plans, that include thousands-strong police protection forces, tighter monitoring of Chinese nationals, and a review of security arrangements in the province of Balochistan.

The protection forces will buttress a 15,000-strong army division set up specifically to safeguard projects in the China-Pakistan Economic Corridor (CPEC) initiative, which has been credited with rejuvenating Pakistan's $300 billion economy.

Sindh is raising a protection unit of about 2,600 police officers to help safeguard 4,000 Chinese working on CPEC projects, and another 1,000 working in other businesses.

Khyber Pakhtunkhwa province, which signed billions of dollars in contracts with Chinese companies, is also conducting a census of Chinese nationals and raising a force of about 4,200 officers to protect foreigners.

Balochistan would "review the whole security arrangement" and Chinese nationals who come in a private capacity should inform the authorities about their activities, said Anwaar-ul-Haq Kakar, spokesman for the provincial government.

In Punjab’s capital, the police on Tuesday carried out a mock drill around the residences and offices of Chinese nationals in the heart of Lahore.

The main purpose of the rehearsal in Model Town and Naseerabad police vicinities was to ensure preparedness of the police in case of any emergency situation.

“We are giving top priority to the Chinese nationals (with regard to security). Well-trained cops are deployed at the offices and residences of foreign nationals,” said DIG Haider Ashraf, who leads the operations wing of the city police. “The facilities where Chinese live or work are being monitored round-the-clock from the high-tech police operations rooms.”