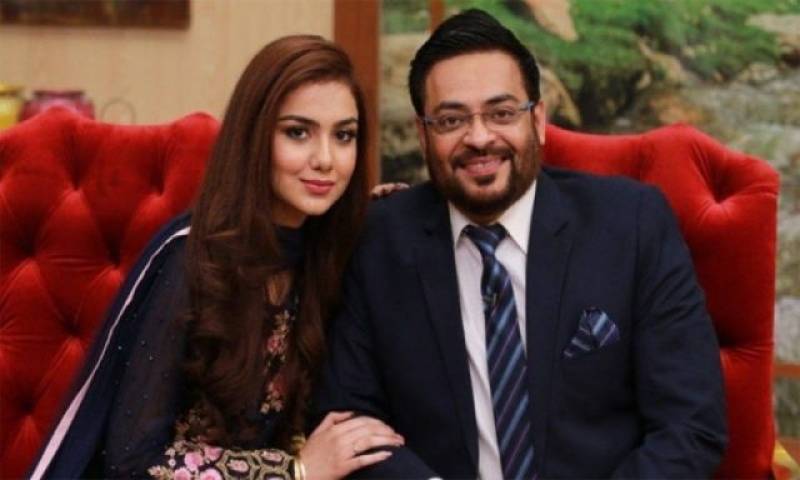 LAHORE- Aamir Liaquat’s second marriage with Syeda Tuba Aamir still happens to be the talk of the town!

The two have appeared in a number of morning shows to share their 'love story' with everyone. Moreover, the duo also hosted Ramadan transmission on national TV and people just couldn’t stop talking about it.

The couple is currently in Saudi Arabia for Umrah. They have been sharing keeping their fans updated by posting pictures from their trip on their social media.

Alhamdullilah so happy to be in #Madinah with @iamaamirliaquat . It is so peaceful here... I just don’t want to go back. 💖 #SyedaTubaAamir #AamirLiaquat

However, seems like it did not go down well with Aamir’s daughter, as she has once again slammed Tuba for destroying their happy family.

In her tweet, Dua mentions how Tuba who had broken their family will never be forgiven for her sins. She also mentions people who have wronged their own, hinting towards her dad. Her tweet got a lot of support from her followers:

Go to Makkah or Madinah all you want, Allah will not forgive those who have broken families and wronged their own. Its sad to see hypocrisy to such a large extent. Her sins could never be forgiven.

Tuba didn't hold back and made a shady tweet, in response to Dua’s tweet, saying that “you just don’t go to Makkah and Madina but are called there by Allah” and that “there’s a reason Allah is the judge and not humans”

The most miraculous thing about Makkah & Madinah is that you can never just ‘go’ there until you are Called by the Master. Allah is the ultimate judge of everything & no matter how much anyone curses or hate, He knows the truth. There is a reason He is the judge and not humans😌

Aamir Liaquat too joined in as he quoted Tuba’s tweet and told her he was proud of her:

Understanding is an art. And not everyone is an artist. Proud of you. https://t.co/YKhAhA2i74

Have more to add to the story? Comment below to share your thoughts and stay tuned for more updates!