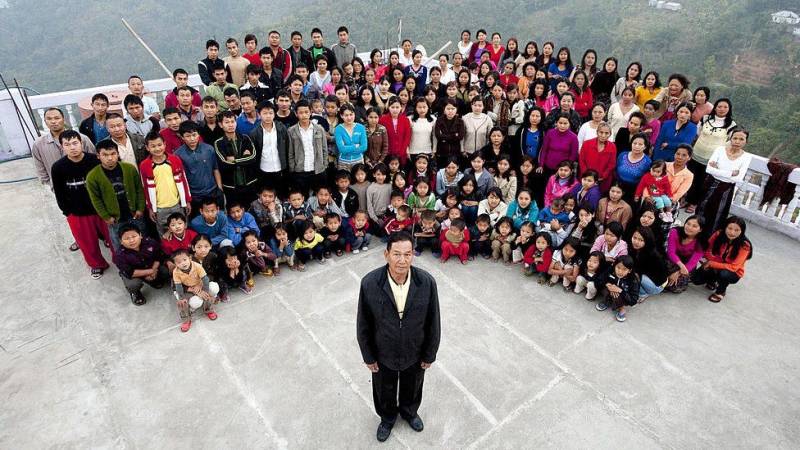 A 76-year-old man believed to be the head of the world's largest family has died in India's northeastern state of Mizoram.

Ziona Chana, who practiced a sect that preaches polygamy for men, was suffering from diabetes and hypertension.

After his health condition deteriorated in his village, Baktawang Tlangnuam, he was shifted to hospital on Sunday where he was pronounced dead on arrival.

The news Chana’s death was confirmed by Mizoram's Chief Minister Zoramthanga on Twitter.

“Mizoram and his village at Baktawng Tlangnuam has become a major tourist attraction in the state because of the family,” the chief minister wrote.

With heavy heart, #Mizoram bid farewell to Mr. Zion-a (76), believed to head the world's largest family, with 38 wives and 89 children.
Mizoram and his village at Baktawng Tlangnuam has become a major tourist attraction in the state because of the family.
Rest in Peace Sir! pic.twitter.com/V1cHmRAOkr

Local media has described him as world record holder for having the largest family but it is unclear which award it is.

The enormous family lives together in a four-storied house called "Chuuar Than Run" with 100 rooms.

According to Reuters news agency, Chana was born in 1945. He had met his first wife, who is three years older than him, when he was 17.

The family practices a Christian sect - Chana Pawl – founded by Chana’s grandfather in 1942, allowing polygamy for men. It has nearly 2,000 followers.