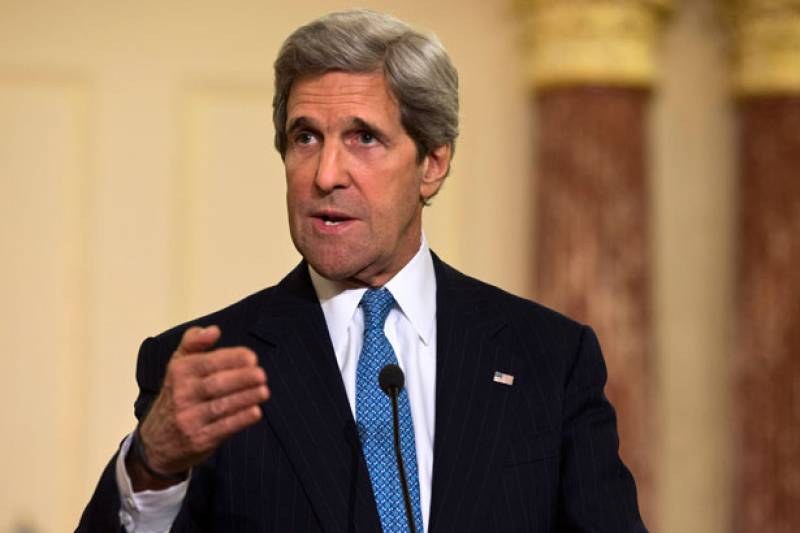 “The position of the United States with respect to our long expressed hope, the Republicans and the Democrats alike (and) many presidents of the last 50 years or more, has always been for peace and President Obama remains committed to a two-state solution," Kerry said at a news conference in Egyptian resort town of Sharm el-Sheikh.

Kerry is attending a three-day international investor conference in Sharm el-Sheikh that aims to attract billions of dollars in Egypt's troubled economy.

The four leaders discussed creating an environment to "push forward the peace process to reach a comprehensive and just peace in the region," Sisi's office said in a statement after the four met.

Kerry led a bid last year to try to reach an Israeli-Palestinian peace deal, but his efforts collapsed amid bitter recriminations by both sides.

Last month the United States voiced fears the Palestinian Authority may be teetering on the brink of collapse because of a lack of funding, as Israel withholds taxes and donor aid stalls.