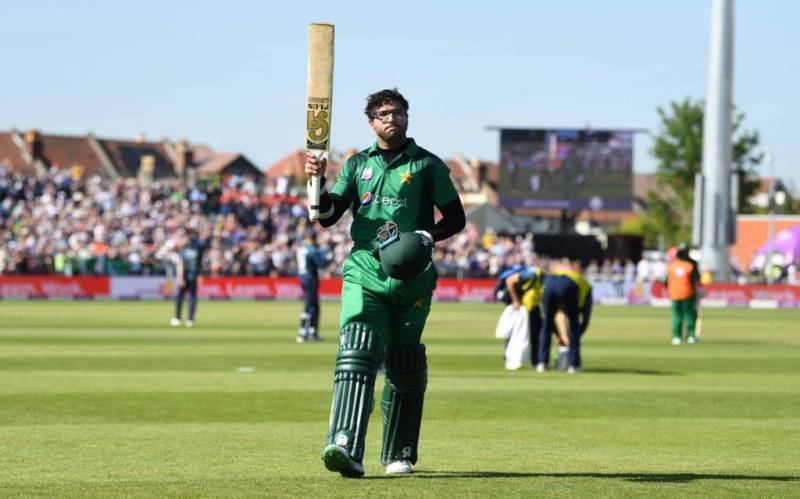 BRISTOL – England defeated Pakistan by six wickets in the Third One Day International on Tuesday at Bristol.

Opening batsman Imam-ul-Haq finished with 151 from 131 balls with one six and 16 fours to help Pakistan finish their 50 overs on 358/9 in third One Day Innings (ODI).

This is the highest score by any Pakistan player against England in a one-day international.

It was Imam's sixth ODI hundred for Pakistan and his maiden ODI 150.

This is only the second time Pakistan have registered back to back 350plus totals in the ODIs. First was against Zimbabwe last year.

In response, Jonny Bairstow scored 128 runs taking his team to clinch the target with 31 balls in hand. England now leads the series 2-0.

Earlier, England won the toss and elected to bowl first against Pakistan.

The hosts earlier won the second ODI against Pakistan after scoring a massive 300 plus target.

Pakistan Cricket Board revealed the playing XI for today's encounter.

The first game between the two sides was abandoned due to rain.

We will bowl first! 🏴󠁧󠁢󠁥󠁮󠁧󠁿🏏