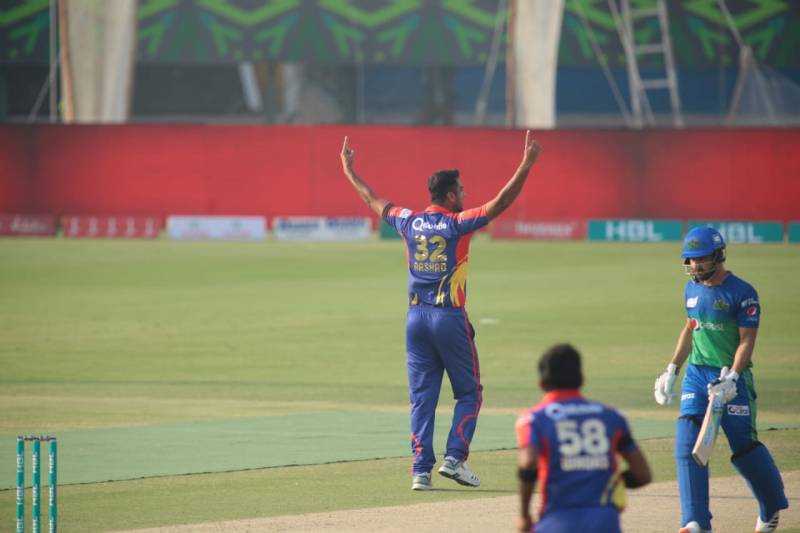 KARACHI – Karachi Kings have confirmed their place in the final of Pakistan Super League 2020 after beating Multan Sultans in the Super Over.

Multan faces either Peshawar Zalmi or Lahore Qalandars on Sunday for another chance for next Tuesday´s final.

Fast bowler Mohammad Amir gave away only nine runs in the super over by bowling brilliant yorkers to South African Rilee Rossouw and Englishman Ravi Bopara.

West Indies´ Sherfane Rutherford had smashed Sohail Tanvir for a six and a four which had eventually guided Karachi to 13-2 in the super over.

Karachi captain Imad Wasim's unbeaten 27 had pushed the game into the super over off the last ball when he flicked fast bowler Mohammad Ilyas to square leg boundary for a four as the hosts finished at 141-8.

Karachi had restricted Multan at 141-7 after Wasim won the toss and opted to field first with Bopara making a top-score of 40.

Multan made a stunning comeback during the regulation 20-over game through Tanvir´s (3-25) double strike in the 17th over.

Pakistan´s all-format captain Babar Azam (65 off 53 balls) scored a half century and had Karachi in control at 116-3 before Tanvir had him caught behind.

The PSL playoffs resumed after they were suspended eight months ago due to the coronavirus pandemic.