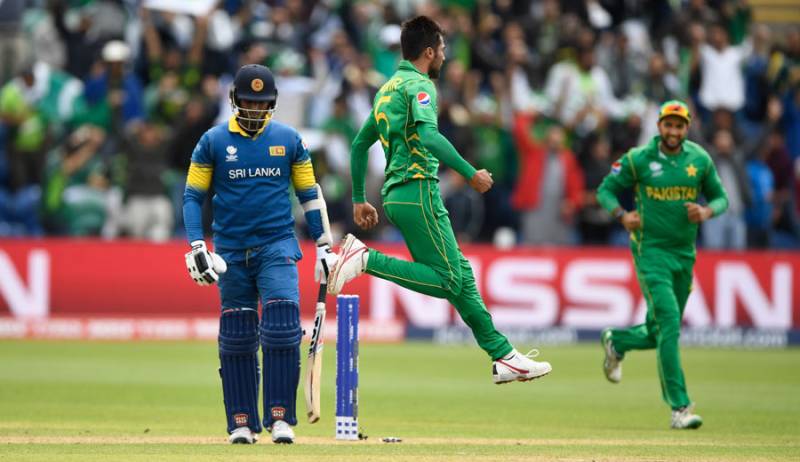 On Saturday, 40 of Sri Lanka’s contracted players handed a letter to the board indicating that they do not wish to visit Lahore for the match scheduled for October 29.

According to a report published in Cricbuzz, Sri Lanka players have not ruled out the tour to Pakistan, but have asked the board to consider a venue change.

On the other hand, SLC has said that it will convince the players to visit Pakistan for the final T20I. The board will discuss the issue further at its executive committee meeting on Monday.

Earlier, Pakistan Cricket Board (PCB) Chairman Najam Sethi met SLC officials, and they assured Sethi that they would send their team to Pakistan for the match scheduled on October 29.

The three-match T20I series between Pakistan and Sri Lanka will be followed by the ongoing one-day international (ODI) series being played in the United Arab Emirates (UAE).

On Friday, the Green Shirts took a 1-0 lead in the five-match ODI series over the Islanders. Earlier, Sri Lanka whitewashed Pakistan 2-0 in the Tests.

Sri Lanka had faced the brunt of terrorism during their tour of the country in 2009 when their team bus was attacked by armed gunmen in Lahore. Since then, Pakistan has been forced to play its home matches in the UAE.

GUWAHATI - A rock was apparently thrown at the bus carrying Australian Cricket team as they were returning to their ...

All-rounder Thisara Perera who was part of the ICC World XI which recently participated in the historic Independence Cup in Lahore, is believed to be the only member of the current squad who has not signed the letter addressed to the SLC.

There is still the possibility of the match at Lahore going ahead with a second string Sri Lanka side.