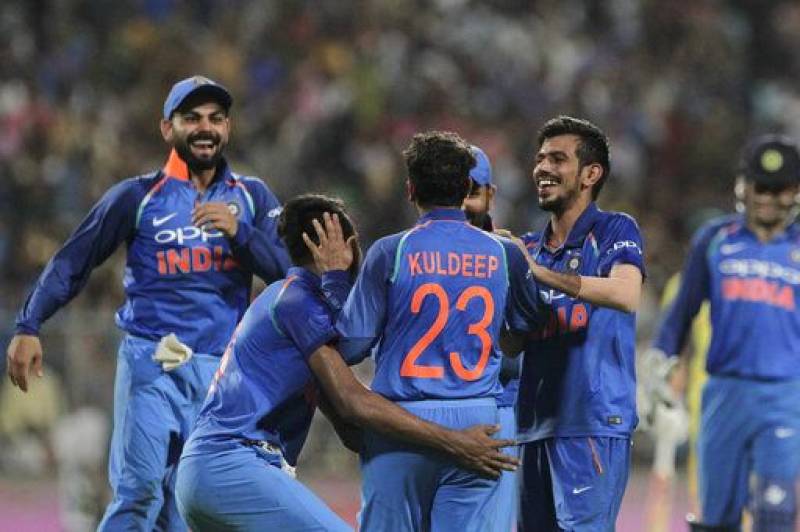 HYDERABAD - Paceman Umesh Yadav claimed a match haul of 10 wickets to lead India to a series sweep against the West Indies with a win inside three days in the second Test on Sunday.

The hosts chased down their 72-run target in just 16.1 overs in an extended final session to win by 10 wickets.

Prithvi Shaw and Lokesh Rahul, both on 33, remained unbeaten. The 18-year-old Shaw hit the winning boundary as the world's top Test side registered their 10th successive series triumph on home soil.

India have not lost a Test series at home since 2012 when they went down to England 1-2.

"Not many people realise but he is a very, very talented bowler. He can bowl you unplayable deliveries every now and then which we experience in the nets all the time," skipper Virat Kohli said of the paceman.

"It's just that he is gaining more confidence about his own game." Sunil Ambris top-scored with 38, offering some resistance with skipper Jason Holder for the seventh-wicket, but the tourists were bowled out for just 127 in the final session.

Ravindra Jadeja ended their stand, getting Holder caught behind for 19 and then trapping Ambris lbw.

Yadav had rattled the West Indies top order earlier, sending back opener Kraigg Braithwaite on the second delivery of the innings.

Shai Hope then scored a gritty 28 before falling to Jadeja's guile. There was promise for the West Indies at one stage in the match after they bowled out India for 367 and limited the hosts' first innings lead to 56.

Holder, who returned after missing the opening game in Rajkot that also ended in three days, returned figures of 5-56 with his pace bowling in the first innings.

West Indies batsman Roston Chase top-scored with 106 after the visitors elected to bat first. He was eventually bowled by Yadav, who returned career-best figures of 6-88 in an innings.

"It's a tough series and we didn't play our best cricket. We look back in the last two years and we have some good results. India is (the) number one team in the world and we expected to be pushed by them," said Holder.

"We still have some good youngsters as we're putting the team together. We need to learn and learn quickly and understand," added Holder, who has captained West Indies in 27 of his 35 Tests.

Meanwhile, Yadav's pace partner Shardul Thakur had a forgettable debut after limping off the field in just his second over early on day one with a groin strain.

He could not bowl and field after that and only came in to bat at number 11, putting on a crucial 28-run last-wicket stand with Ravichandran Ashwin.