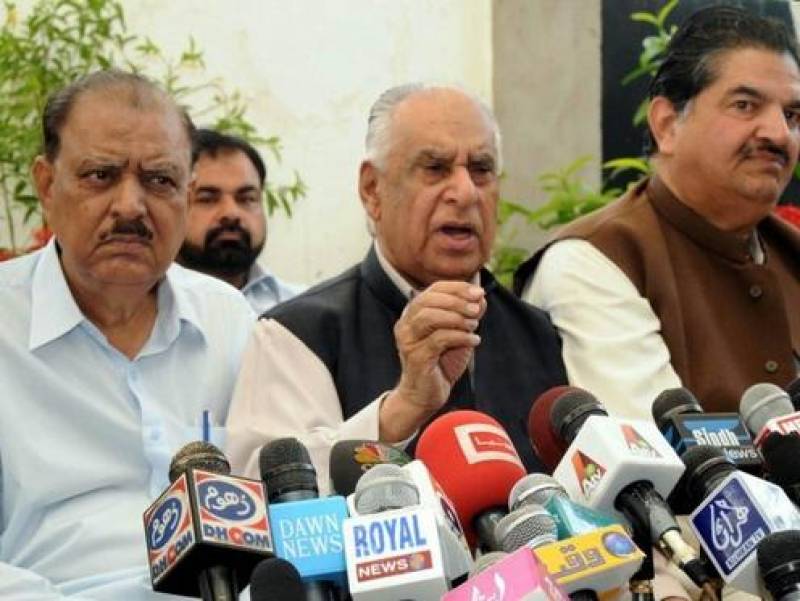 SUKKUR – Former Chief Minister of Sindh, seasoned politicians Syed Ghous Ali Shah on Wednesday announced to disown his two sons from his first wife and grandsons from his all property for planning to murder him, his second wife and their son over a dispute.

With teary eyes, the 87-year-old politicians, who had also served as federal minister in his political career, made the announcement at a press conference.

Revealing that he was undergoing the stress for over a year and making efforts for reconciliation, the former CM said that he had to took to media after he failed.

Shah accused his grandson Syed Qurban Shah of masterminding his murder. He recalled the affections towards his children, saying he helped them get quality education and provided all best facilities and also transferred

He claimed that his sons had also seized remaining assets including a filling stations, adding that he was unable to transfer the said assets to his second wife and a son from her.

The ex-CM has also registered a case against his sons and grandsons at Piryaloi Police Station in Khairpur, accusing them of occupying his assets and planning his murder.

According to Geo news, police have arrested Qurban Shah and others.