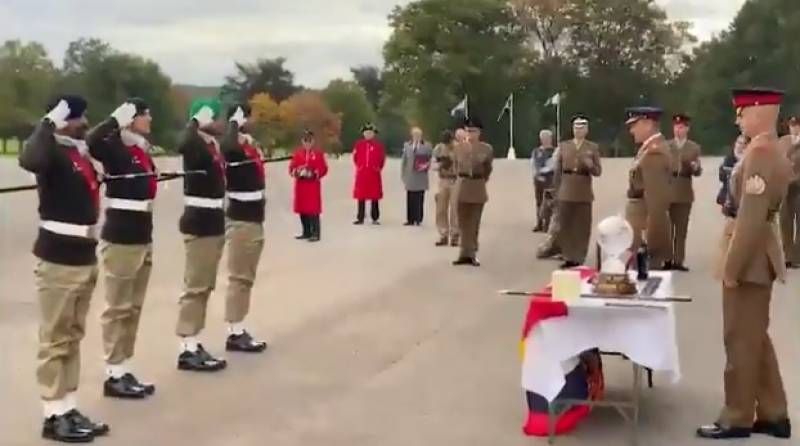 LAHORE – Twitter was bombarded with tweets on Wednesday from Pakistanis and other nationals as they showered praises on Pakistan Army on its third consecutive victory at an international drill in the United Kingdom.

Some says “Well done” Pakistan Army in their posts and others call the forces nation’s pride.

Pakistani troops participated for the first time in the drill in 2018.

Every year, the military teams from around the world including Canada, Bahrain, Qatar, Oman, and Pakistan participate in the contest.

The drill is done at a standard pace of 120 beats per minute with a 30-inch step and marching in slow time with the stick at 65 paces per minute, and transferring the stick from hand to hand while doing drill movements.

Uniformity in the use of the stick and by the attainment of a high steadiness and cohesion among instructors was the reason drill occurred.

Judges of the competition rank overall performance, any wrong commands or movements, or if the kit is less than immaculate, will result in the deduction of points.

Following the announcement, public took to twitter to express praise and share their feelings on the achievement.

my love, my pride, my integrity and my dream Pak Army🇵🇰#PakistanArmy