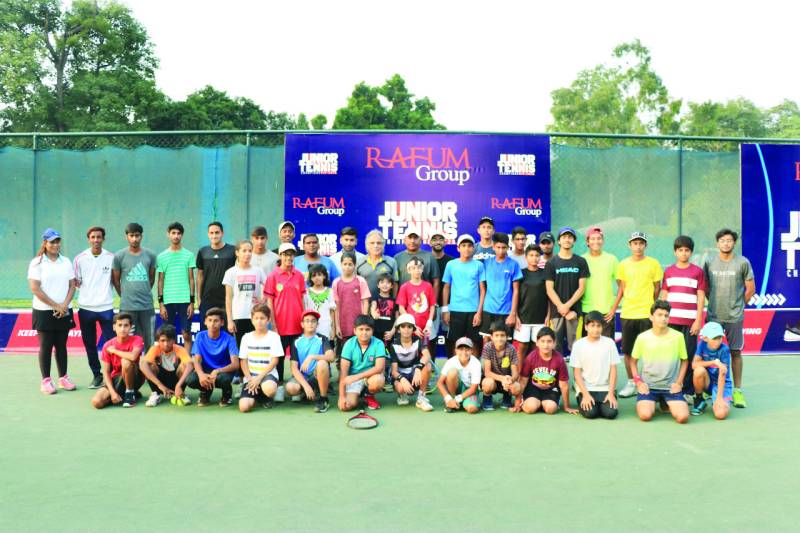 Other notables present on the occasion were chief referee Faheem Siddique, players and their families. Talking to media, former Davis Cup captain Rashid Malik (Tamgha-e-Imtiaz) said that the tournament is being contested in nine different categories while the finals of the mega event will be played on October 17. “In all, 75 players from all over Punjab have been featuring in this tennis activity, which is being conducted by Punjab Lawn Tennis Association (PLTA).”

In the Under-18 first round, Abdul Hanan Khan played well against Asad Zaman and outlasted him 8-3. In other matches of the day, Zain Ul Abideen was up against Moavia Butt and thrashed him with a score of 8-1, Husnian Ali had to struggle hard to beat Nyle Aslam 8-6, Hounain Ali Rizwan comfortably overpowered Zaeem Ghafoor with a score of 8-2 while Hassan Ali faced tough resistance from Shehryar Anees before winning the marathon encounter 8-7(5).