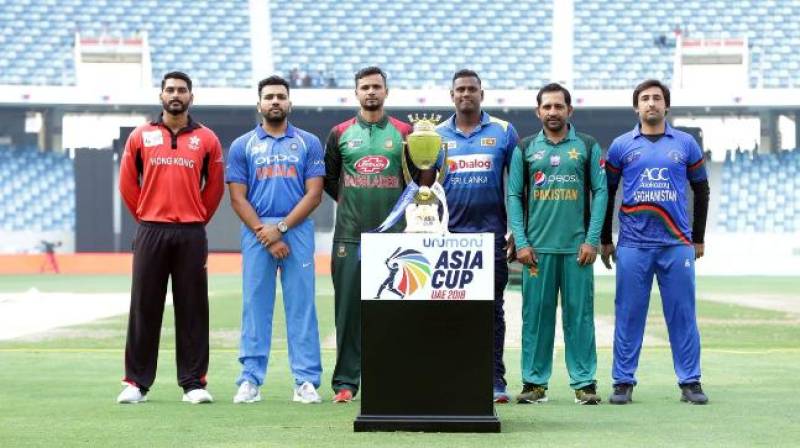 DUBAI - The 14th edition of the Asia Cup cricket tournament will be played in Abu Dhabi and Dubai, scheduled to start from September 15 to 28, 2018.

The Asia's mega event was originally set to be held in India but was shifted to the UAE because of strained relations between New Delhi and Islamabad. However, the defending champion India will face Pakistan on September 19.

The Cup reverts to its traditional 50-over ODI format this year after opting in 2016 for a Twenty20 competition, which India won.

The Emirates Cricket Board expects more than 25,000 cricket fans to attend. Teams from Pakistan, Pakistan, Sri Lanka, Bangladesh, and Afghanistan will take part in the competition along with a sixth one which will be determined in the playoffs that include UAE, Hong Kong, Nepal, Singapore, Malaysia, and Oman. 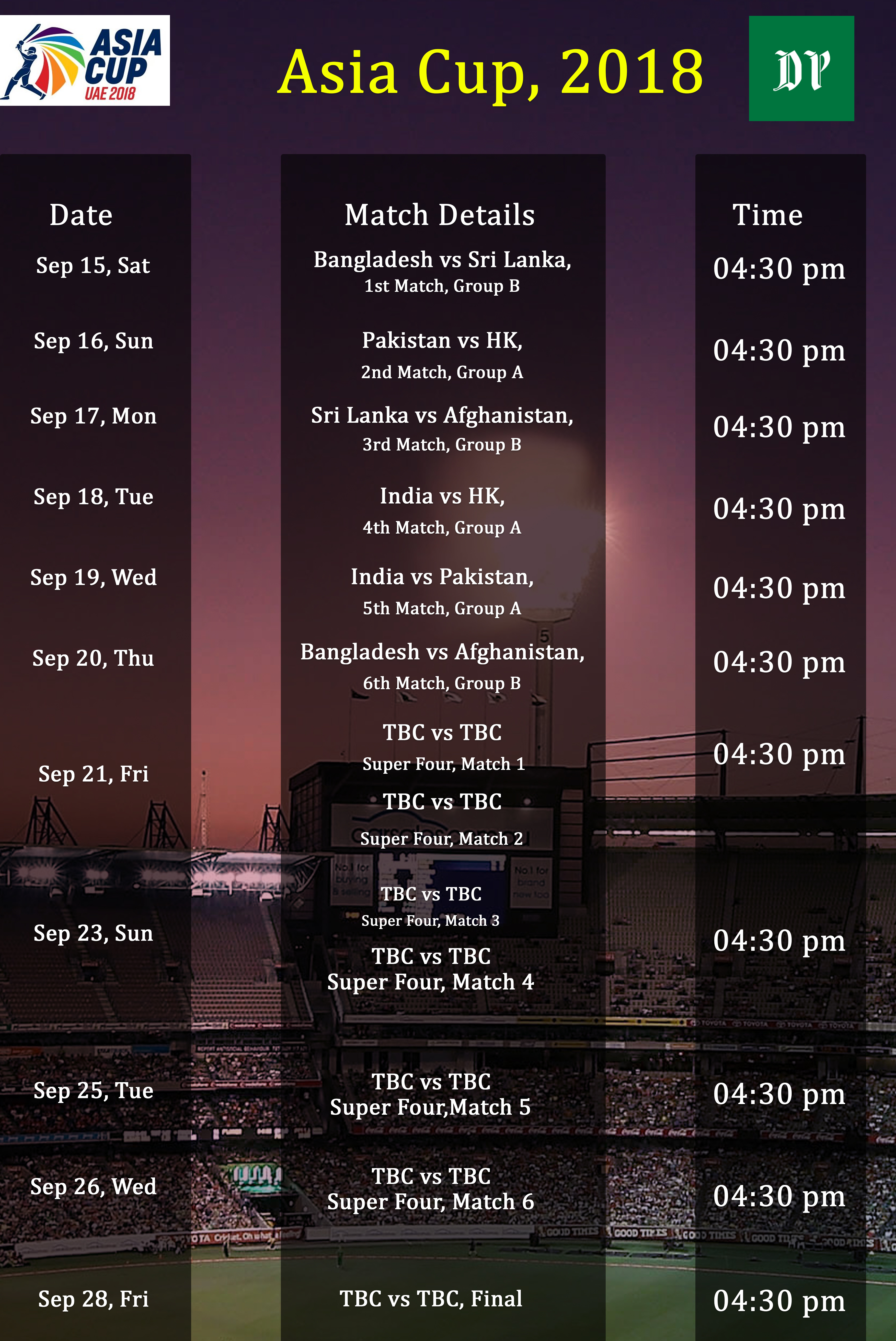 The live streaming and live score along with match updates would be available on Pakistan's most viewed website Daily Pakistan (dailypakistan.com.pk) throughout the tournament.

PTV Sports and Ten Sports will be available for live broadcasting in Pakistan and UAE. However, Star Sports will be the broadcaster in India and countries like Sri Lanka, Afghanistan, Bangladesh, Nepal, Pakistan, Maldives, and Bhutan.

The complete list of TV Channels broadcasting Asia Cup is as under: 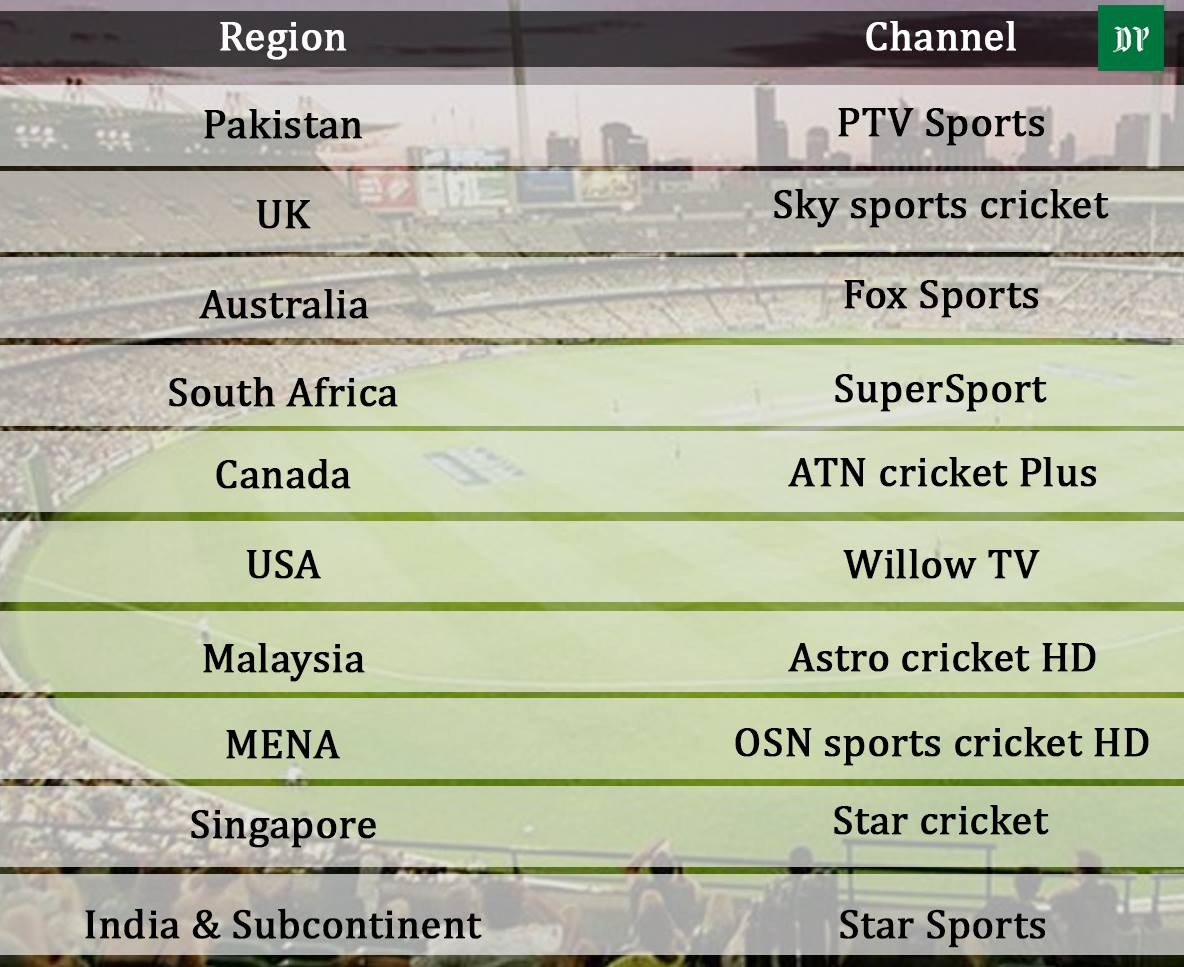 The tournament is a brilliant opportunity for all the non-Full members in the Asian region test themselves against each other and earns that elusive spot in the Asia Cup where they will be up against the full members in an elite competition.

The six teams that will be participating for the only vacant spot in the Asia Cup are Malaysia, Nepal, Oman, Hong Kong, Singapore and United Arab Emirates (UAE), with the qualifiers scheduled to take place in Malaysia. In total, three venues - Kinrara Oval, Bayuemas Oval and UKM Oval - have been picked by the Asian Cricket Council (ACC) to conduct these qualifiers.