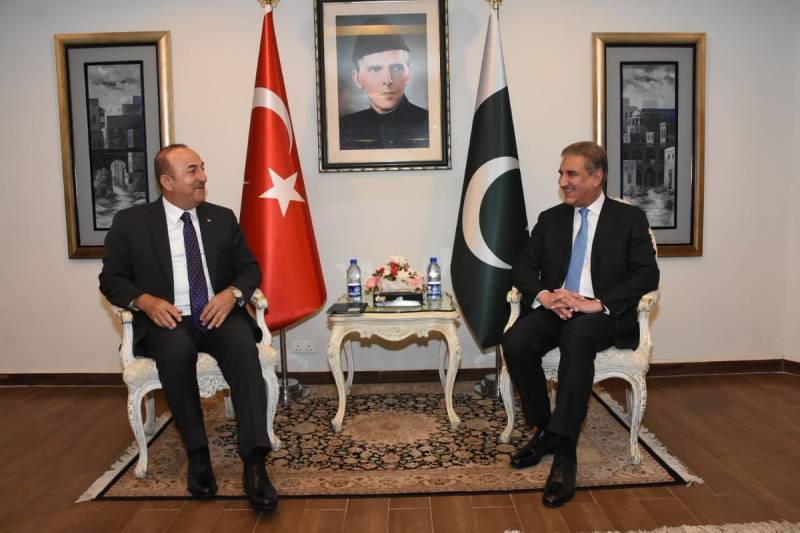 ISLAMABAD - Foreign Minister Shah Mehmood Qureshi affirmed on Friday that the relations between Pakistan and Turkey were not restricted merely to government level.

The masses in both the countries are linked through cultural and social bonds and the ties are not limited to diplomatic frontiers only, said the minister.

He highlighted that Turkey bolstered Pakistan's position on the issue of  Financial Action Task Force (FATF), which imposes sanctions on different countries for money laundering.

Qureshi went on and lavished praise on the Turk regime for throwing weight behind Pakistan on the issue of blasphemous caricature competition - which now stands cancelled in the Netherlands.

He also mentioned the longstanding Kashmir issue and called for a need to settle it, saying the United Nations has also voiced its concerns over the conflict.

'A joint session of the working group with Turkey would be summoned soon,' announced Qureshi.

Mevlüt Çavuşoğlu felicitated Shah Mehmood on the formation of a new government under the chair of Imran Khan.

'It's an honour to be in Pakistan after a regime change,' said the envoy and added that he would personally extend congratulations in meeting with Pakistan's premier Imran Khan.

The visiting dignitary expressed that regime changes are a routine work, however, the core ties exist between the public.

'The friendship between the citizens should remain intact,' Çavuşoğlu added.