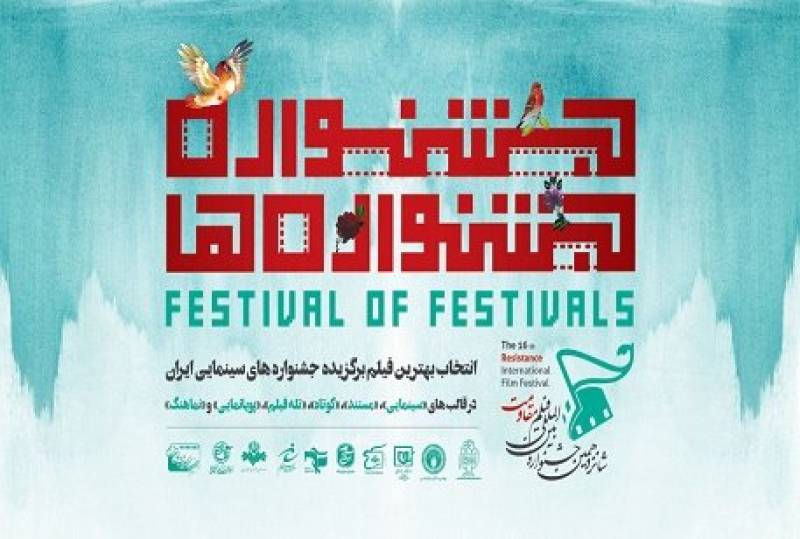 TEHRAN - The 16th annual Resistance International Film Festival (RIFF) in Iran has announced a lineup of 12 films to go on screen at the ‘Festival of Festivals’ section.

Three films made by the famous Iranian filmmaker Ebrahim Hatamikia are in the lineup, that is 'The Glass Agency', 'From Karekheh to the Rhine' and 'The Scout'.

'Journey to Chazzabeh' directed by Rasoul Mollaqolipour, 'Kimia' by Ahmadreza Darvish, 'Child of the Soil' by Mohammad-Ali Basheh Ahangar and 'Hoor on Fire' by Azizollah Hamidnejad are also among the movies to be screened in this section of the festival.

Also, included in the list is 'The Fateful Day' by Shahram Asadi, 'Track 143' by Narges Abyar, 'The Survivor' by Seyfollah Daad, 'Villa Residents' by Monir Qeidi and 'Standing in the Dust' by Mohammad-Hossein Mahdavian.

Next to these films, in the ‘Festival of Festivals’ section movies on the Islamic Revolution, Sacred Defense and resistance produced over the past 40 years will be reviewed.

The Resistance festival is organized every year to commemorate the anniversary of the 1980-1988 Iraq war on Iran, which is known as the “Sacred Defense” in Iran.

The festival will run in two different stages. The first one will take place during the Sacred Defense Week from September 21 to 28 while the second stage will be held on November 21 to 27 to celebrate the anniversary of Basij Day, which falls on November 25.

The upcoming edition of the event will go online due to the pandemic.