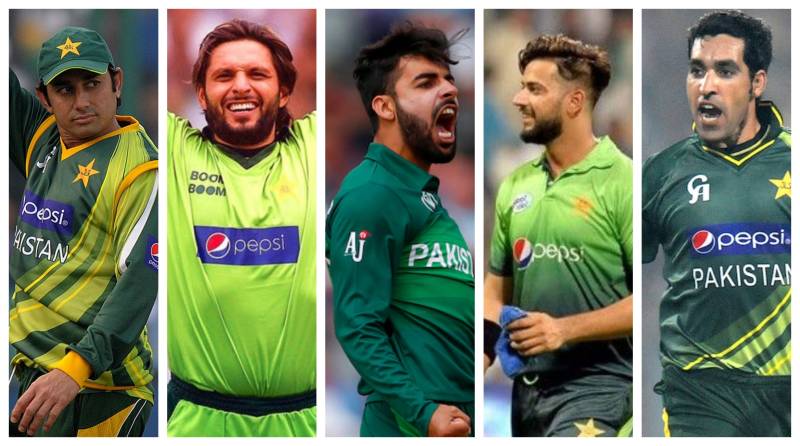 DUBAI – Five Pakistan bowlers have made it to the all-time Twenty20 rankings of International Cricket Council (ICC), showcasing their dominance, in the shortest format of the game, over the years.

Two of these 🇵🇰 players were a part of the 2007 @T20WorldCup. Guess who? 🧐#T20TakesOff pic.twitter.com/YFs1ZyxuWh

Former all-rounder Shahid Khan Afridi is at sixth place with 814 points. He is Pakistan’s highest wicket-taker in T20I cricket and second overall. He picked 98 wickets in 99 matches.

Former off-spinner Saeed Ajmal (8), all-rounder Imad Wasim (9) and leg-spinner Shadab Khan (10) are the other Pakistan players in the top 10 rankings.

West Indies’ Sunil Narine and Samuel Badree were at 2 and 4 respectively. Former New Zealand captain Daniel Vettori was at 3. Afghanistan’s Rashid Khan is at 5 whereas Pakistan-born South African leg-spinner Imran Tahir is at 7.