Hafeez, Shaheen on the charge in latest ICC T20I rankings 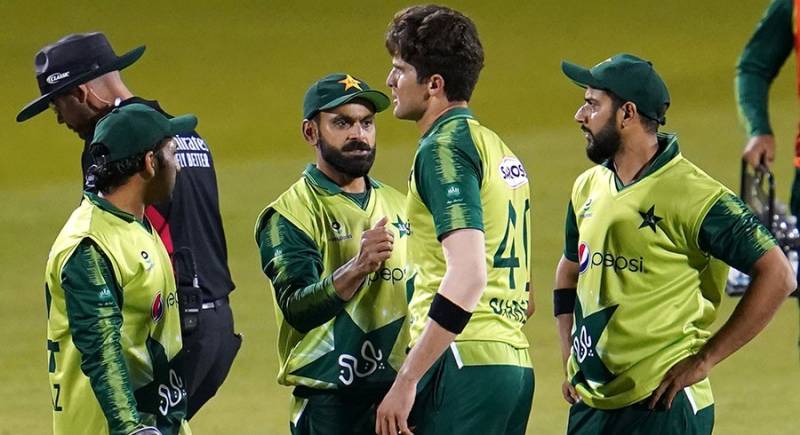 LAHORE – Mohammad Hafeez and Shaheen Shah Afridi have made impressive gains in the latest ICC T20I Player Rankings following stellar performances in the just concluded series against England, which ended in an exciting 1-1 draw.

Consequently, both the sides have retained their pre-series rankings, with England staying second on 268 points and Pakistan fourth on 261 points. Australia is on top of the table with 278 points, while India is third with 266 points, said the information made available here on Wednesday by the Pakistan cricket board.

Hafeez scored 69 and 86 not out to not only walk away with the player of the series award but also earned a jump of 27 places, which has helped him to return to the top-50. He is now ranked 44th and Pakistan's third highest-ranked batsman after Babar Azam and Fakhar Zaman.

Babar, who scored 56 and 21, has maintained his number-one ranking but has dropped 10 points to sit with 869 points. By virtue of his fifth ranking in Tests and third in ODIs, he remains the only cricketer to feature inside the top-five across all three formats.

Babar leads his closest rival Lokesh Rahul of India by 45 points, while Australia's Aaron Finch is third on 820 points.

LAHORE – The International Cricket Council (ICC) has rewarded Azhar Ali for his excellent century by helping him ...

Fakhar has slipped two places to 23rd following knocks of 36 and one, while Haider Ali, new kid on the block, has entered in 747th position in rankings which includes players from all 104 ICC Members.

Shoaib Malik, who batted in the second T20I scoring 14, has dropped six places to 49th while Iftikhar Ahmed has plummeted 14 places to 94th.

In the bowling table, Shaheen Shah Afridi has celebrated his contract with Hampshire by achieving a career-best ranking of 20th after rising 14 places. He shares the spot with England's Tom Curran and Washington Sundar of India.

Shadab Khan, who was the most successful bowler in the series with five wickets, has gained one place and is now eighth, just 14 points behind Imad Wasim, who is Pakistan's highest-ranked bowler in seventh place.

The bowlers' list is headed by Afghanistan's Rashid Khan, while his team-mate Mujeeb-ur-Rehman is second, six points behind. Australia's pair of Ashton Agar and Adam Zampa share third position on 712 points apiece.