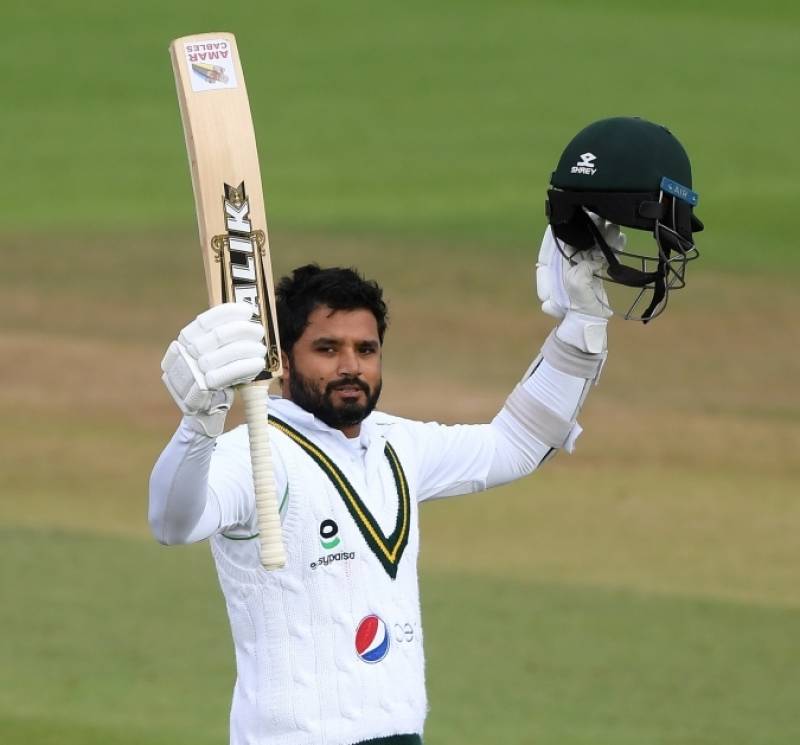 LAHORE – The International Cricket Council (ICC) has rewarded Azhar Ali for his excellent century by helping him move in an upward direction in the latest Test player rankings, which were released on Wednesday.

Azhar, who started the Test in 34th position, has jumped 11 place to become Pakistan’s second highest-ranked batsman after Babar Azam, who has retained his fifth position.

Azhar come into the third Test with scores of 0, 18 and 20, and carried his bat for 141, which was his 17th Test century in 81 matches. His efforts were unable to save Pakistan from a follow-on, but his side managed to earn a respectable draw as the series ended 1-0 in England’s favour.

Babar Azam scored 11 and 63 not out in the third Southampton Test, but has stayed in fifth position on 797 points. The list is headed by Steve Smith of Australia (911 points), followed by Virat Kohli (886), Marnus Labuschagne (827) and Kane Williamson (812).

Wicketkeeper Mohammad Rizwan, who was adjudged Pakistan’s player of the series, has gained three places and is now in 72nd position. Rizwan scored 53 and added 138 runs for the sixth wicket with Azhar in Pakistan’s first innings score of 273.

In the bowling table, Mohammad Abbas has dropped out of the top-10 after sliding five places to share 13th position with India’s Mohammad Shami. The fast bowler, however, has remained Pakistan’s highest-ranked Test bowler.

Wrist spinner Yasir Shah, who took two for 173, has also slipped one place to 23rd spot, Shaheen Shah Afridi has stayed in 33rd spot and Naseem has dropped to 57th position.

James Anderson, who dismissed Azhar to become the first fast bowler to capture 600 Test wickets, has moved up to eighth in the list, which is headed by Pat Cummins and followed by Stuart Broad, Neil Wagner, Tim Southee and Jason Holder.