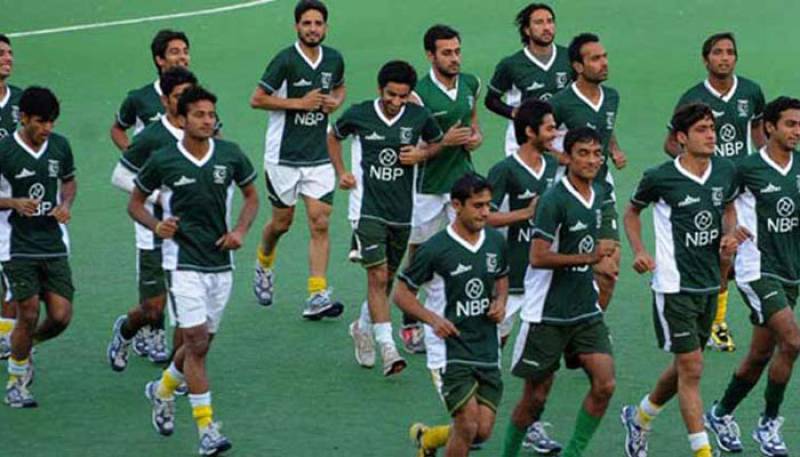 LAHORE - The International Hockey Federation (FIH) on Wednesday announced the schedule of the Men's Hockey World Cup 2018, starting from November 28 to December 16 in the Indian city of Bhubaneswar.

Two matches will be played every day at 5:30pm and 7:30pm PST. Pakistan will face Germany on December 1.

Sixteen teams will take to the field at the Kalinga Stadium in the race for the title. The teams have been split into four groups consisting four teams.

India will face South Africa in their opener on November 28 followed by Belgium on December 2 and Canada on December 8.

A first-place finish in each pool will guarantee a berth in the quarterfinals, with the second and third place finishers in each pool needing to win a cross-over match, which will be played on Monday 10 and Tuesday 11 December, in order to reach the last eight.

The last eight fixtures will take place on Wednesday 12 and Thursday 13 December.

Following a rest day on Friday 14 December, the event semifinals will be played on Saturday 15 December, with the bronze medal and the showpiece Final scheduled for Sunday 16 December.

Here's the schedule of the FIH Hockey World Cup 2018 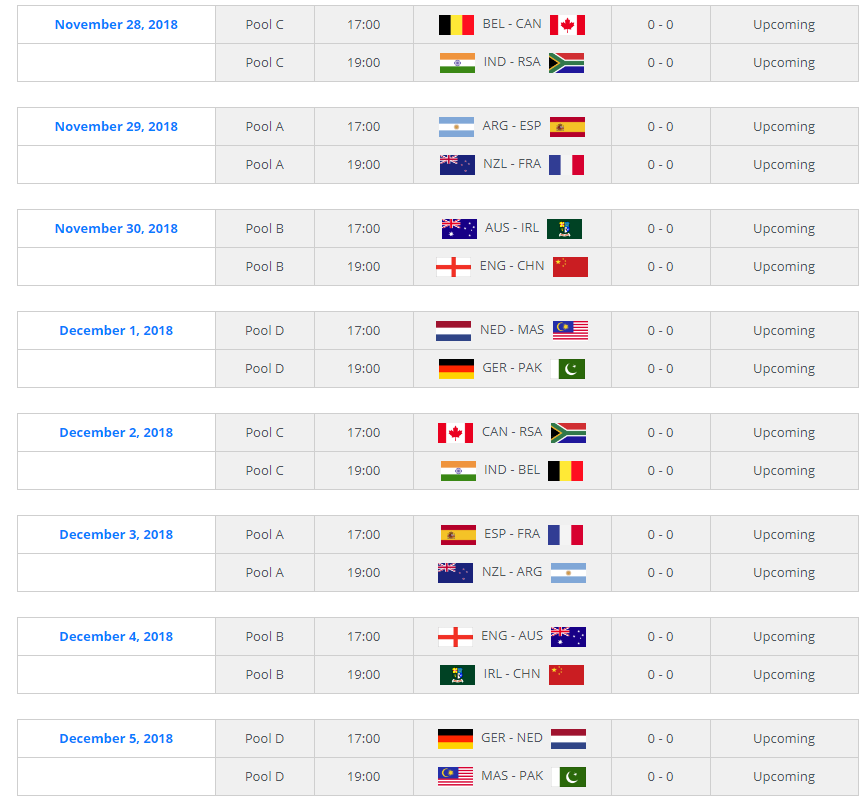 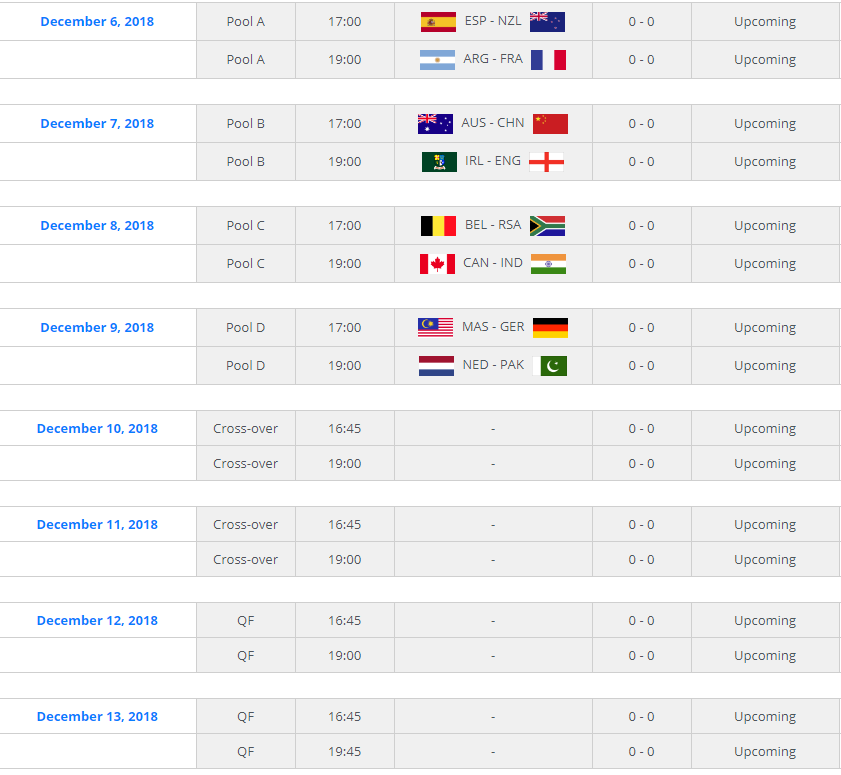