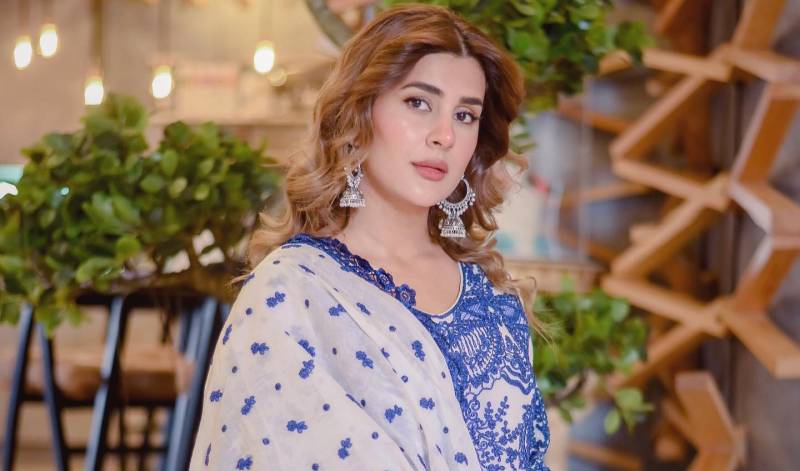 Gorgeous Pakistani actress Kubra Khan recently made a fun video with co-stars Talha Chahour and Ramsha Khan that went viral as soon as netizens came across it.

The hilarious video is doing rounds on the internet as fans of the stars were ecstatic to see them give off army vibes with their perfect salutes, while one missed her cue. The rib-tickling video had everyone in fits of laughter.

Drama serials like Sinf-e-Aahan and Jo Bichar Gaye received praise for the actors' phenomenal acting as well as the content. Surprisingly enough, Chahour for Jo Bichar Gaye and Khan for Sinf-e-Aahan received real army training for their roles which made them portray their characters to perfection.

Chahour and Khan were seen saluting in a true army style to the director Haseeb Hasan. While Ramsha Khan burst into giggles as she forgot how to salute, the three stars all geared up for their new project Jannat Se Agay with a hilarious start.

Pakistan’s television industry offers several dramas paying tribute to the national heroes of Pakistan, and convey a sense of patriotism and sacrifice for the country.

Lollywood diva Kubra Khan has been on a roll with her successful drama and film ruling hearts and her acting gets ...