Coronavirus deaths below 100 for second day in Iran 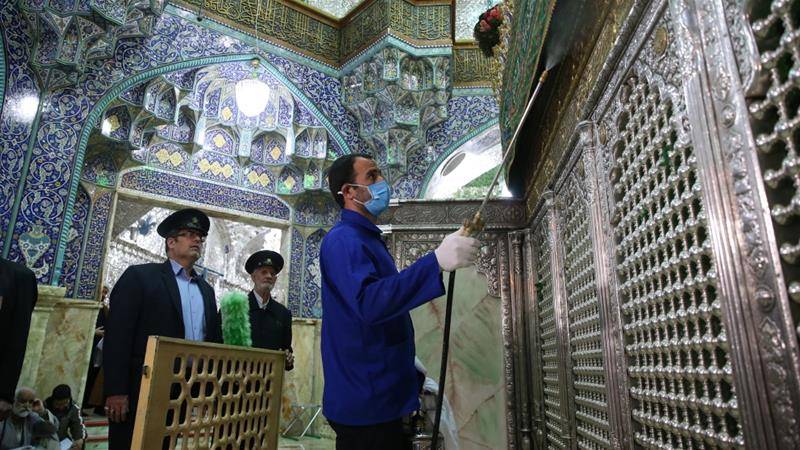 TEHRAN – Iran on Wednesday said new deaths from the novel coronavirus remained in double figures for the second day in a row, as the country gradually reopens its sanctions-hit economy.

Health ministry spokesman Kianoush Jahanpour said 94 deaths from the COVID-19 disease were recorded in the past 24 hours, bringing the overall toll to 4,777.

Another 1,512 people tested positive for the illness.

That took the total number of infections to 76,389, Jahanpour said, noting that 49,933 of those hospitalised had recovered and been discharged.

The government of President Hassan Rouhani has struggled to contain the outbreak that emerged two months ago.

It shut schools and universities, postponed major events and imposed a range of other restrictions, but it has stopped short of ordering lockdowns.

Iran allowed small businesses outside Tehran to reopen on Saturday and is set to extend the measure to the capital next week.

The move has faced criticism from health experts and even some authorities.

Rouhani and other top officials have argued that the economy must reopen amid diminishing oil and tax revenues coupled with US sanctions on the country.

"We have to fight both the disease and unemployment at the same time," Rouhani told a cabinet meeting on Wednesday.

The president announced the sale of a 10 percent stake in Social Security Organisation's investment arm, known by its Persian acronym SHASTA, on the stock market.

SHASTA is Iran's biggest holding company with stakes in industries as diverse as construction and pharmaceuticals.

The offering is expected to raise a significant amount of cash for the government, without it giving up control to appoint managers and board members.

While Iran had forecast that its economy would contract by 7.2 percent in the year to March 21, the country's stock market has risen over 187 percent during the same period.

Since then, the Tehran Stock Exchange's main index, the TEDPIX, has climbed by another 20 percent despite the COVID-19 outbreak.

This is while Iran has faced rising inflation and a sharp decline in the value of its national Currency.

Iran has requested a $5 billion emergency loan from the International Monetary Fund to battle the coronavirus outbreak.

But the United States, which effectively holds a veto at the IMF, has signalled it has no intention of allowing the loan, alleging that Iran would use the money to fund "terror abroad".