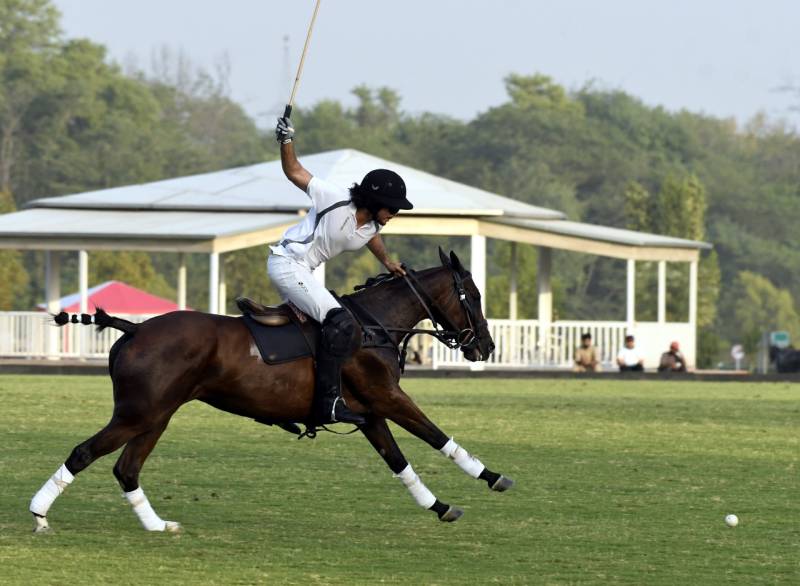 Team BN Polo qualified for the main final of the Islamabad Gladiators Polo Trophy 2022 after outsmarting Kalabagh by 12-4 in a match played here at the Islamabad Club Polo Ground on Friday.

Now the main final will be contested on Sunday and Team BN Polo will clash against Kalabagh/Shahtaj for the main title while the subsidiary final will be played tomorrow (Saturday) between Team Asean and PAF/Jubilee Life Insurance at the Islamabad Club Polo Ground.

On Friday, the crucial match was played between Team BN Polo and Team Kalabagh, which proved a one-sided affair as the former dominated the entire match and didn’t allow their opponents to score more goals, thus winning the encounter with a good margin of 12-4.

Foreign player Eulogio played key role in BN Polo’s triumph as he showed his class and level throughout the match and amused the spectators with his excellent mallet and pony work and hammered superb seven goals. His teammates Baber Naseem and Ahmed Ali Tiwana also did magic with mallet and contributed with two tremendous goals while Haider Naseem also converted one for the winning side.

Team Kalabagh also displayed quality polo but they couldn’t match the pace and venom of Team BN Polo and conceded so many goals, thus losing the encounter with a huge margin of 4-12. Maisam Baloch and Malik Salaar were the only players from the losing side, who converted one goal each while they also had two goals handicap advantage.

The enthralling and exciting match was witnessed and enjoyed by a good number of polo lovers, Islamabad Club officials, polo players and their families. Now the subsidiary final and main final will be played on Saturday (April 16) and Sunday (April 17) that will surely be very tough and challenging ones and the team, which will play better play on the given day, succeed in earning the honours.