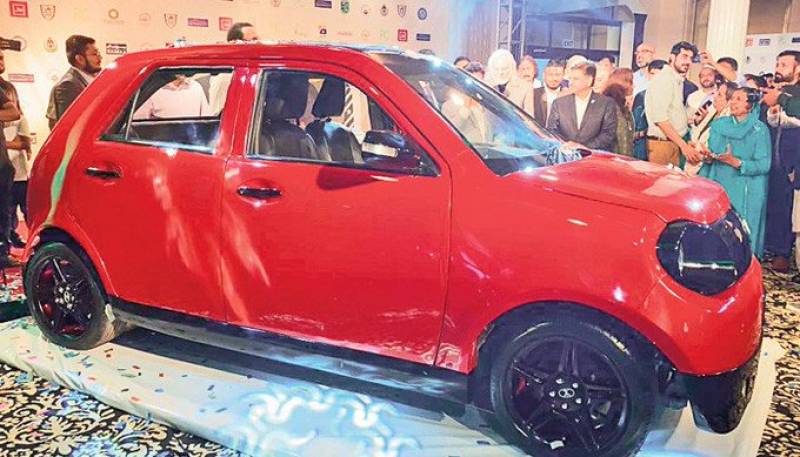 KARACHI – Achieving a major milestone in auto sector, Pakistan Sunday unveiled its first locally-manufactured electric car at a ceremony in the port city on the eve of Independence Day.

The prototype car, which is dubbed as NUR-E 75, was manufactured with the collective efforts of Dice Foundation, universities and the private sector while its booking for public is expected to be opened in late 2024.

The NED University of Engineering and Technology has developed battery pack for the vehicle that is equipped with advanced features.

The Sir Syed University of Engineering has manufactured the chargers for these vehicles, reports said, adding that efforts are also underway to develop faster charges that will be helpful in reducing charging time.

The electric vehicle will be able to cover a distance of 210km at a speed of 120 kmph while it takes eight hours to get fully charged.

The design of the new card has been created by the National College of Arts (NCA).

Dice Foundation Chairman Dr Khurshid Qureshi termed the “Made in Pakistan” car as a milestone for the country’s economic stability.