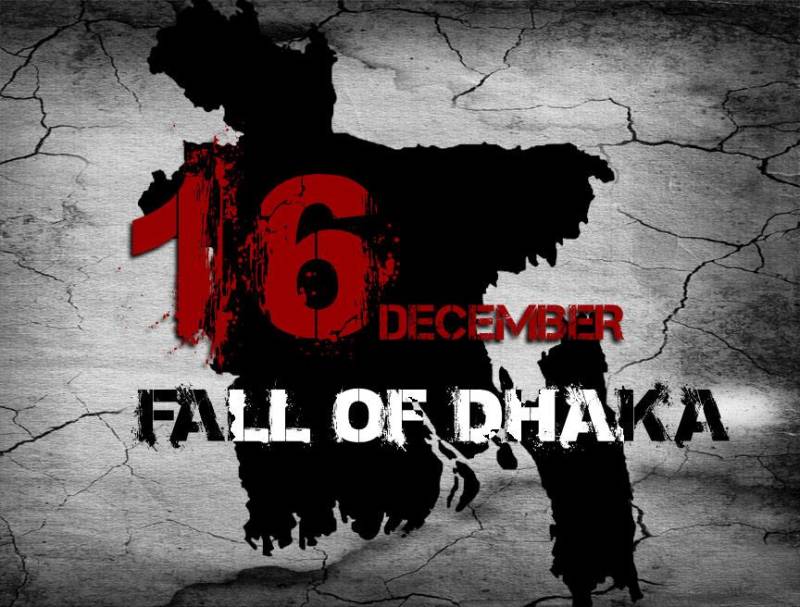 ISLAMABAD – Tomorrow will be remembered as a dark day when 48 years ago conspiracies of inimical forces resulted in debacle of East Pakistan.

As early as 1962, Bengali leader Sheikh Mujibur Rahman and India jointly started planning against the breaking up of Pakistan. The Indians played upon Bengali sentiments in the aftermath of the 1965 Pak-India war through its intelligence agency RAW and when the right opportunity struck, the Indians were well-prepared. It was RAW that gradually converted Sheikh Mujibur Rahman from being a staunch supporter of Pakistan to the possible father of the new nation of Bangladesh.

India created Mukti Bahini, a militant organization, comprising of Indian agents, extremist Hindu goons and outlawed Bengalis. The organization carried out massive atrocities against the Bengali population including killings, rapes, loot and plunder whereas Indian media blamed all such activities on Pakistan Army. Mukti Bahini also indiscriminately targeted the pro-Pakistan population of East Pakistan. The US Consul estimated that up to 66,000 non Bengalis were killed.

Indian Prime Minister Narendra Modi has openly admitted the role of his country in the dismemberment of East Pakistan. After the fall of Dhaka, India has repeatedly tried to terrorize Bengalis and the deaths of Bangladeshi citizens and the Indo-Bangladesh border dispute has become one of the embarrassments between the two nations' bilateral relations.

The people of Bangladesh should realize that their real enemy is India that created conditions for the breaking up of Pakistan and caused the conflict so that the mistrust between Bangladesh and Pakistan can be removed.