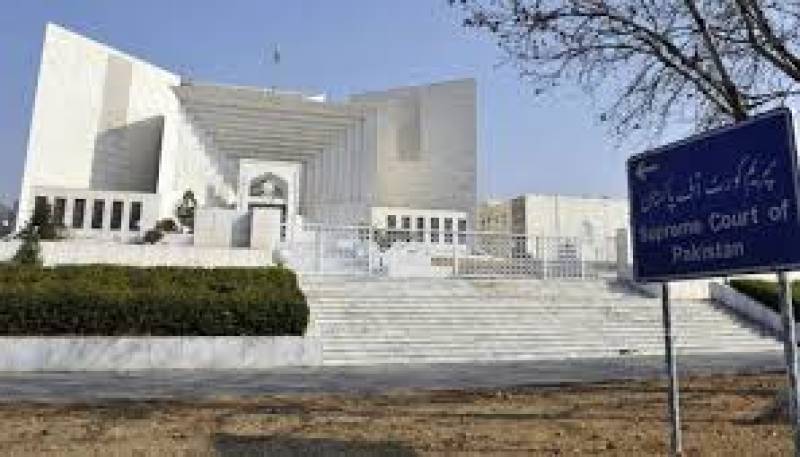 ISLAMABAD - The Supreme Court (SC) on Wednesday granted the federal government a three month time to decide on the matter related to Section 25(a) of the National Accountability Ordinance 1999.

The controversial clause says the NAB chief has authority to accept a voluntary return of assets from a suspect, who can then avoid any investigation into the allegations.

Giving a deadline to the government, the SC remarked that the court would intervene and adjudicate the matter on merit if the government failed to legislate on the matter.

Chief Justice Gulzar Ahmed observed that even those who voluntarily reimbursed the amount would face the consequences of corruption.

The apex court has already prevented NAB from offering plea bargains. The clause was inapplicable until the Parliament would decide on Section 25 (a).

During the outset of hearing, the CJP asked whether the Section 25 (a) of NAB Ordinance had been removed or amended to this Farooq H Naek Advocate pleaded that a private member's bill regarding complete removal of section 25(a) was pending before a senate committee.

He apprised the bench that once the committee approves this bill it would be tabled in the Parliament.

The CJP remarked that according to the NAB law 'first an inquiry would be held then an investigation and testimonies of hundreds of witnesses. This procedure could take up to a lifetime.

The bench observed that it was Parliament's job to amend NAB laws. If the SC declared any of the laws unconstitutional then the whole bureau would be terminated," the CJP remarked.

Petitioner Asad Kharal said that the case had been pending since 2016 and had not reached a conclusion despite 15 hearings.

Justice Gulzar Ahmed remarked that the court was about to decide the matter. If the petitioner wanted he could give arguments on how Section 25 (a) of the NAB Ordinance 1999 was violating the Constitution.

The CJP asked if Kharal wanted an individual who voluntarily reimbursed money, should also admit to the crime and be considered an offender. He said whether someone was still getting benefit from this section.

The petitioner answered that this section was ineffective since the apex court's last ruling. The government had introduced new laws through NAB Amendment Ordinance 2019.

Justice Ijaz ul Ahsan noted that the petition pertained to Section 25 (a). This private member bill was authored by Naek not the government.

Meanwhile, Additional Attorney General Amir Rahman informed the bench that the attorney general of Pakistan office's stance was different from its predecessor.

The apex court noted that the AGP's office said that Naek had already presented the amendments before the Parliament and the PTI government was working to bring all opposition parties on board.

The bench gave three months to the Federal government to resolve the matter and adjourned hearing of the case.