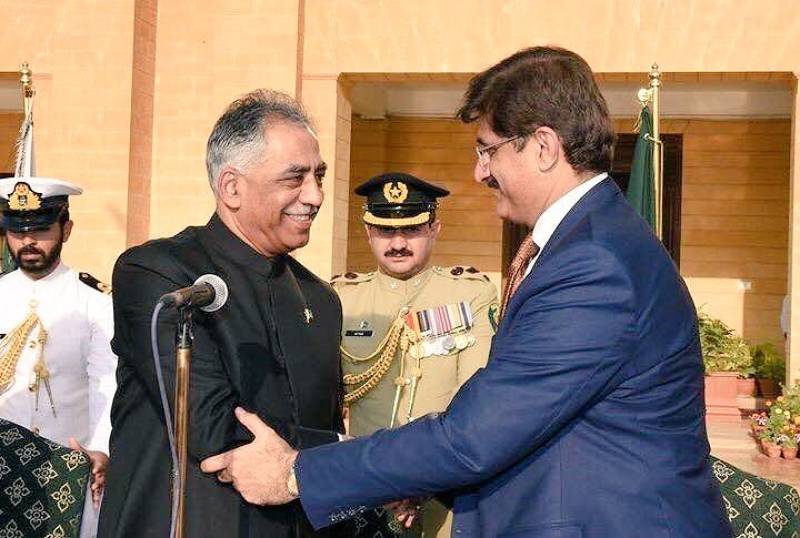 KARACHI - It seems that the Sindh government and centre are on a collision course once again as Governor Sindh Mohammad Zubair has refused to sign the National Accountability Ordinance 1999 Repeal Bill 2017 currently passed by the government.

Terming the legislation unconstitutional and in contradiction with the federal law, governor Sindh stated that the bill relates to subjects that fall in the concurrent list, meaning that both the province and the federation can legislate on them.

However since a federal law on the matter already exists, which the said bill wants to repeal, the federal law shall prevail.

Muhammad Zubair has sent the bill back to the Sindh Assembly to reconsider and discard since it is "repugnant to the provisions" of the National Accountability Ordinance, 1999 and the Constitution.

The bill had been passed by the Sindh Assembly amid opposition protests by opposition and political analysts on July 3.

The National Accountability Ordinance 1999 Repeal Bill 2017, introduced by the PPP, aimed to repeal the applicability of the NAO in departments and autonomous bodies controlled by the provincial government.

At the time, the bill drew a strong reaction from a well-prepared opposition, resulting in ruckus on the floor of the Sindh Assembly.

Without naming names, Leader of the Opposition Khawaja Izharul Hassan had accused the ministers presenting the bill to be wanted by NAB. He expressed that multiple members of the assembly and ministers from PPP were also wanted by NAB.

PPP members, terming the current NAB law a 'black law', added that they were acting within their constitutional right to revoke it and give greater powers to the provincial anti-corruption department.

In a bid to convince MQM to support the bill, MPAs from treasury benches reminded that party stalwart Farooq Sattar had also had to suffer the NAB's 'heavy handedness'.

Interestingly, the bill was tabled just a few days after NAB announced it would expand the scope of its investigation against alleged corruption and irregularities in different departments of Sindh, particularly in Karachi.