The incident was initially attributed to a gas leak. 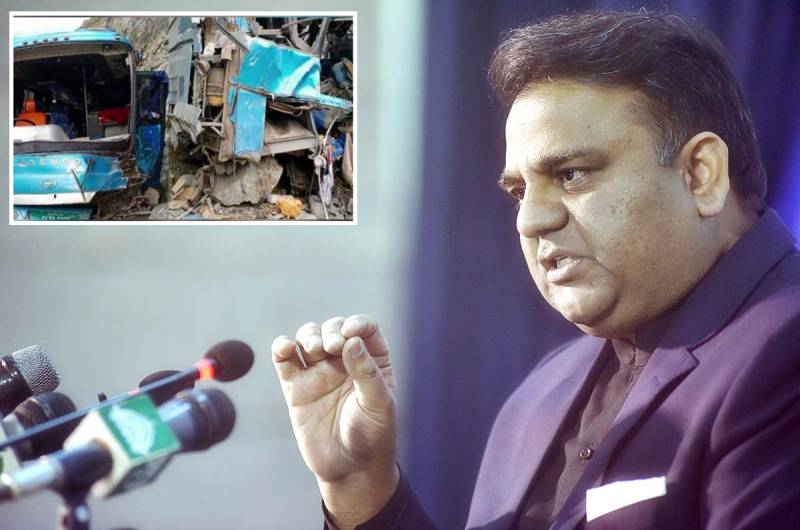 ISLAMABAD – The initial inquiry of the Dassu bus blast, that killed 13 passengers including 9 Chinese, has indicated the traces of explosive materials, Information Minister said Thursday.

Federal Minister for information took to his Twitter a day after the incident where he revealed that the initial inquiry found traces of explosive material from the spot. Chaudhry didn’t mention the category of explosives used in the blast however, he added that the incumbent authorities are in close coordination with the Chinese embassy about the matter as both countries are committed to fight the menace of terrorism.

Initial investigations into Dassu incident have now confirmed traces of explosives,Terrorism cannot be ruled out,PM is personally supervising all developments,in this regard Govt is in close coordination with Chinese embassy we are committed to fight menace of terrorism together

In the recent tweet, the Minister further added that Prime Minister is personally supervising all developments in this regard as thirteen people, including nine Chinese nationals, two FC personnel, and two locals, were killed while 28 others sustained injuries when a passenger coach fell into a ravine in the Upper Kohistan area after an explosion on Wednesday. Information Minister also mentioned that “Terrorism cannot be ruled out”.

On Wednesday, Foreign Minister Shah Mahmood Qureshi also updated his Chinese counterpart about the preliminary investigation into the incident. FM met Chinese foreign minister, Wang Yi, on the sidelines of the Shanghai Cooperation Organisation-Council of Foreign Ministers in Dushanbe.

The report quoting sources cited that the Chinese FM was told that it's an accident with no background in terrorism. Meanwhile, Yi stressed the quick arrest and severe punishment for perpetrators in case if it was found to be a terror attack.

“The Chinese side is shocked by the Chinese casualties in Pakistan, hoping that the Pakistani side could quickly find out its cause, conduct rescue and treatment work at all costs, deal with the aftermath in time, and prevent similar incidents from happening again”, Chinese Minister told Qureshi.

The statement further added that “Lessons should be learned from the incident, and the security measures for China-Pakistan cooperation projects should be further strengthened to ensure the safe and smooth operation of all projects.”

FM Qureshi also told the Chinese Minister that “China's loss is Pakistan's loss and we will spare no effort to rescue and treat the wounded, thoroughly investigate the truth of the incident, lose no time in sharing the progress of the investigation with China, and do its utmost to ensure the safety of Chinese personnel in Pakistan.”

Meanwhile, local media quoting eyewitnesses cited that the coach fell into the riverside following a blast while two other vehicles, remained safe in the incident.

Earlier, it was revealed that the incident occurred due to gas leakage in the passenger coach resulted in the blast. However, International news and Chinese authorities termed the incident as ‘bombing’.