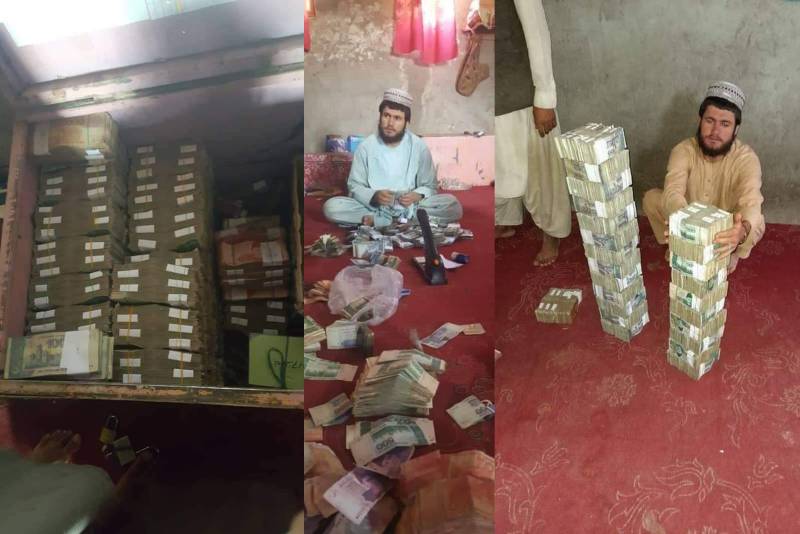 ISLAMABAD/KABUL – Taliban after capturing a key border in Kandahar have discovered three billion Pakistani rupees from the check post.

Reports in local media quoting Afghan Taliban statement cited that at least 3 billion in Pakistani currency was discovered at the checkpoints of Afghan forces in Kandahar’s Spin Boldak area.

Reports quoting sources further claimed that the staggering amount was collected by Afghan officials as bribes from smugglers, whereas the Afghan intelligence agency used it to carry out terror attacks in Pakistan.

On Wednesday, the insurgents claimed a takeover of the crucial Spin Boldak border crossing with Pakistan. The militants continued with their onslaught against the incumbent Afghan authorities as they have captured more than 85 percent of the Afghan territory.

A spokesperson of the insurgent group told an International news agency that they had captured the Spin Boldak border crossing with Pakistan while Afghan authorities said that armed forces had ‘repelled’ Taliban attack on the Spin Boldak.

Taliban spokesman, Zabihullah Mujahid, claimed that “Mujahideen have captured an important border town called Wesh in Kandahar, and with this, the important road between Spin Boldak and Chaman and Kandahar customs have come under their control.”

ISLAMABAD/KABUL – Afghan authorities and the Taliban have made conflicting claims over the control of a key ...

Meanwhile, Pakistan's security forces also confirmed the Taliban claims. “The Taliban has taken control of the Afghan side of the Chaman-Spin Boldak border crossing”, a Pakistani security source told an international publication. Adding that, “They have removed the Afghan flag and hoisted their own flag at the border.”

As for now, the Taliban have barred citizens and traders to not use the crossing point today while authorities in Pakistan also suspended all activities at the Chaman crossing point.

A Levies official while speaking with a news channel told that “The Pak-Afghan border at Chaman is on high alert and the additional security has been deployed at the gate. He further added that “We are in contact with the Taliban local leadership on resuming trade and movement of people.”

The militants have launched a widespread offensive across the countryside since early May when US-led foreign forces began their final withdrawal of troops. Since then, the Taliban have captured at least three other crossings along the borders with Iran, Tajikistan, and Turkmenistan.

ISLAMABAD/KABUL – Afghan authorities and the Taliban have made conflicting claims over the control of a key ...